ΑρχικήNews in EnglishGiant hands rise from a canal in Venice to... 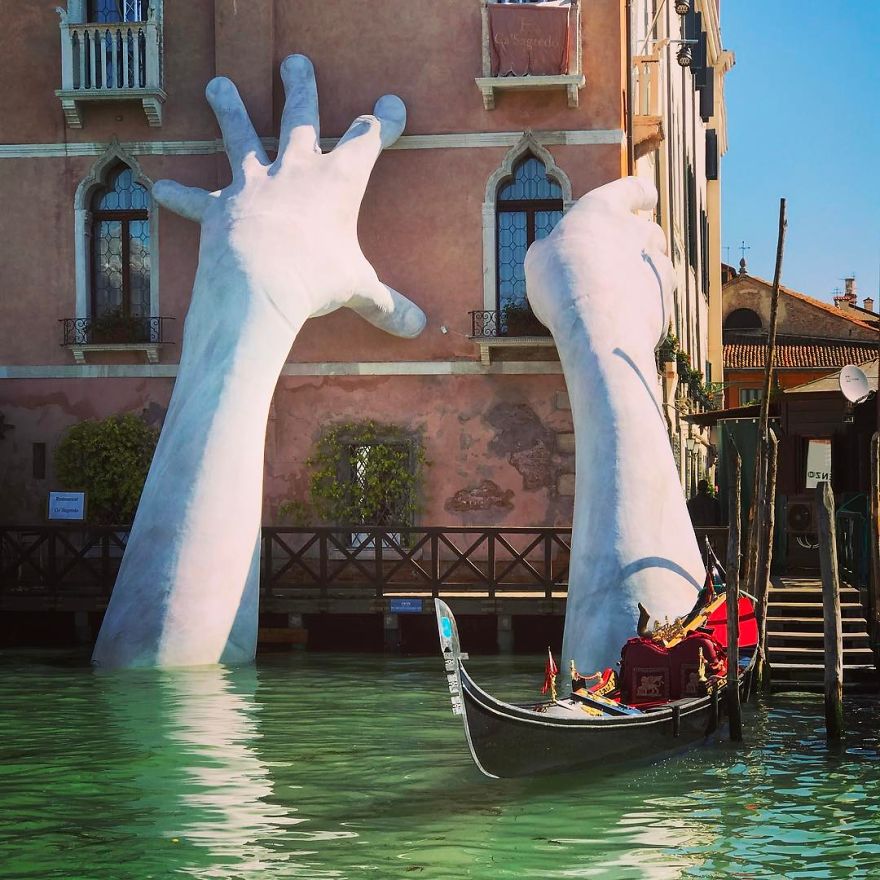 Global warming is a ticking bomb that we need to defuse before it explodes. To raise awareness about this modern issue, Italian artist Lorenzo Quinn (previously here) has built a monumental sculpture for the 2017 Venice Art Biennale.

Quinn is widely known for incorporating elements of the human body parts in his work, and this project is no different. Titled Support, it depicts two massive hands, rising from a canal to support the Ca’ Sagredo Hotel. It is a visual statement, that people need to repond to global warming appropriately before it’s too late. “Venice is a floating art city that has inspired cultures for centuries,” Lorenzo Quinn told Halcyon Gallery. “But to continue to do so it needs the support of our generation and future ones, because it is threatened by climate change and time decay.”

Reflecting on the two sides of humans – the creative and the destructive – Quinn addresses their ability to make a change and re-balance the world around them. Support evokes both hope in trying to hold up the building above the water and fear in highlighting the fragility of the situation. It’s a powerful statement with meticulous execution. “I wanted to sculpt what is considered the hardest and most technically challenging part of the human body,” the artist said. “The hand holds so much power – the power to love, to hate, to create, to destroy.”