ΑρχικήNews in EnglishPlaying board games can make you a nicer... 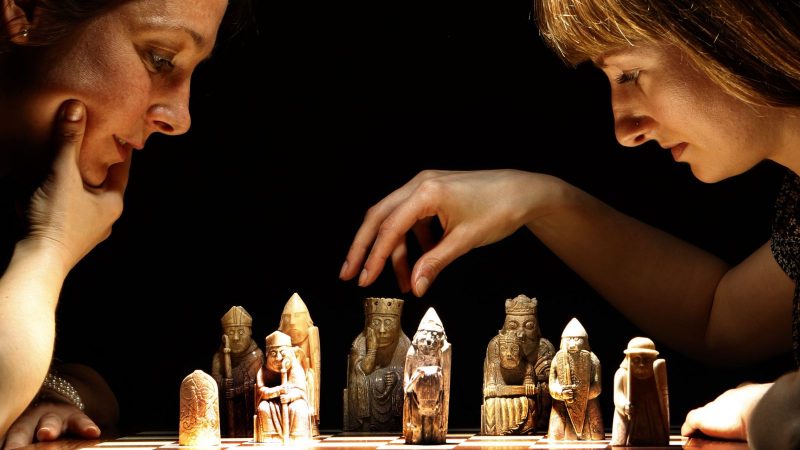 I travel in some fairly nerdy circles. Over the years, I’ve logged serious time playing Settlers of Catan. One of my best friends from high school is a part of a group that has been playing Magic: The Gathering together for more than 20 years. But until recently, I had never heard of America’s biggest, oldest, kindest gathering of nerds: Gen Con, an annual gaming conference held in Indianapolis each summer.

Gen Con features more than a little cosplay, and some online gaming as well—not to mention puppetry programming; a film contest focused on genres like sci-fi, horror, fantasy, and anime; and “nongaming geek centric activities” like knitting, belly dancing, and sword-fighting classes. But at its core, it’s a place for people who really, really love playing board games. Started in 1968 by Gary Gygax, the inventor of Dungeons and Dragons, the convention is a celebration of play—as popular with kids and families as it is with your stereotypical Comic Book Guy. Life-size versions of popular games like Settlers of Catan are a perennial hit with big and small players, and the convention features everything from classic games like Candy Land or Balderdash to tournaments of Game of Thrones: The Card Game and miniature wargames of Napoleonic battles.

This year, on its 50th anniversary, the conference was sold out for the first time ever. I suspect that’s because the humble board game—beloved by ancient Egyptians and Druids alike—today offers temporary respite from the problems of 21st-century life.

Board games, along with role playing and table games like Magic: The Gathering and Dungeons and Dragons, allow players to enter into a controlled state of conflict. The process of engaging in that conflict is fun even when you lose, and the outcome is likely to be different the next time around. A good board game builds in enough chance so that any reasonably skilled player can win. Even in chess, famously associated with warfare and military strategy, the emphasis is not on who ultimately wins, but on the ingenuity that players display in the process.

In all of these ways, board games release players—however temporarily—from the maxim that life is divided into clear, consistent categories of winners and losers, and that there is a moral logic as to who falls into which category. As film and media studies professor Mary Flanagan tells The Atlantic, board games prompt us to reflect on “turn-taking and rules and fairness.”

It’s easy to see why this would have widespread appeal in the toxic, deeply divided political climate of the US—under a president obsessed with the concept of winning, who champions the view that inequalities are the result of individual moral failing. Indeed, board games have a history of engaging directly with the question of how social structures influence outcomes. The original version of Monopoly was designed as a liberal critique of capitalism.

Another significant feature of board games is that they require several people to sit down in the same room together and concentrate on a shared experience in real time. That is becoming increasingly rare in a world in which we often see our friends and loved ones more on social media than in real life. A recent Atlantic story outlined the sharp rise in teen isolation as an entire generation sits in their rooms, glued to their smartphones, interacting via app. They report higher levels of depression and anxiety than earlier generations, too.

Perhaps the positive vibes at Gen Con are can be attributed to the fact that most of the attendees spend time on a regular basis hanging out with other human beings in person, for fun. That shouldn’t be a radical notion, but it’s beginning to feel like one. As the creator of gaming conference Penny Arcade Expo told the New York Times, “It turns out that being together is very addictive.”

Beyond Gen Con, adults around the world seem to be increasingly interested in making board games a standard leisure activity for grownups. Sales of board games are booming in the US and around the world, and board games were the single most-funded item on Kickstarter as of 2016. So-called German or “euro games”—like Settlers of Catan or Carcassonne—are leading the board game renaissance. Such games involve a high degree of analytical strategy and operate on a learning curve, which makes them more satisfying each time you play. The games move along quickly because each turn requires interaction with multiple players; you don’t just sit around and wait for your turn to roll the dice.

I’m not saying that starting a board-game group in every town and village will put us all on the path to world peace. But in a society where the most common answer to the question “How many confidantes do you have?” is zero, it’s clear that a lot of people are hungry for connection and civilized conversation. Inviting the neighbors over for game night is a good place to start.