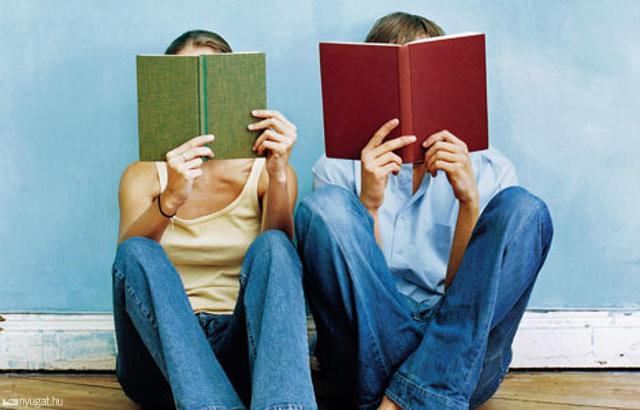 People love to buy them for me – I have half a dozen or so – but when I invite folks over to play they look at me with terror and say something akin to, “Not with YOU!”

Thankfully this is not the reaction I get when I ask them to hang out with me otherwise, so I’m pretty sure it’s the fault of the games and not me. At least, I hope so! While I get that figured out, check out this list of four ways I came up with to find bookish friends in real life.

In the olden days, before they made dating apps that allowed you to order up some booty like it was a sandwich, a recommended way of meeting a significant other was to go to places where people do things you like to do. The same should apply for making like-minded friends.

Pretty simple advice, but hanging out in the stacks at the library and just staring at people and waiting for them to come ask you about your bookish t-shirt is a little beyond my personal level of acceptable creepiness. However, when it’s my OFFICIAL JOB to talk to people about their bookish t-shirts, it’s way less creepy and way more effective.

There are a number of bookish places to volunteer in my current city, including gigs at the used book store in our library, and several nonprofit thrift stores around town that need help sorting and pricing used book donations. In your area, it might be donating your time to a literacy campaign, or helping with a book drive for an unrelated non-profit.

One of the issues with finding bookish friends is that most people don’t make it a habit of going out of their home and entering potentially social places just to read and be friends-picked-up. If there are real-life, in-person readathons in your hometown, awesome, I don’t know why you’re reading this, get you there, but here if I want to go to a place where people may like books and be out in the world, I have to get a little more creative.

For me, that’s our local indie movie theater (which has a small book store in the lobby – double whammy), writing groups, and our local theater-theater. For you it may be an art gallery, an open mic night, or a DIY market. The point I’m trying to make is that in my experience, arty people are likely than not to be bookish people too.

Wait, wait! Don’t skip over this one. I know it seems like such an obvious answer and you’re either already in a book club or if you wanted to be in a book club you would have. But I’m not talking about those weirdo extroverts who just sign up for book clubs in libraries and show up to smile and get opinionated with strangers without having a panic attack.

No, I’m not going to suggest that, but I am going to suggest that you think about book clubs in more of an out-of-the-box way. For example, if you have a weird schedule and can’t make a typical book club, consider starting an online club that meets via Skype. Sure, you wouldn’t immediately be meeting people in real life but you’re getting yourself some good contacts.

Or go to a book club that doesn’t pick specific books but rather just meets and lets folks talk about whatever book they’re reading. For many folks, this feels like way less pressure than being expected to have lots of well-thought out opinions on a book everyone’s just finished. Whatever your particular hang-up and concern about book clubs is, find a workaround.

Open your mind to what it Means to be Bookish

It was recently brought to my attention that when I think about “bookish friends” I’m thinking about friends who have read some of the same books I have read. This isn’t because I’m a snob, it’s because the purpose of bookish friends is to talk about shared reading experiences, right? Well, maybe not.

A great friend of mine was rather offended when I waxed philosophical about my lack of in-real-life bookish friends. “I read 143 books last year,” he told me, “How bookish do you need a person to be?”

The thing is that he reads almost exclusively from genres that I’m not typically drawn to, and vice versa for my reading preferences. We’ve started forcing a book at one another every other month to broaden our horizons and have bookish things to talk about, and it’s been really great. Not only am I getting out of my comfort zone, but it’s super interesting to get a perspective on my favorite books from someone who comes at them from a totally different type of interest and bookish background.

These are the things that I’m hoping will work for me, but if they don’t, I’m gonna need y’all to fly out to corn / hog country to play some bookish games with me. You don’t mind though – there will be lots of snacks!

Nearly Frozen ‘Slurpee’ Waves Surge off the Coast of Nantucket