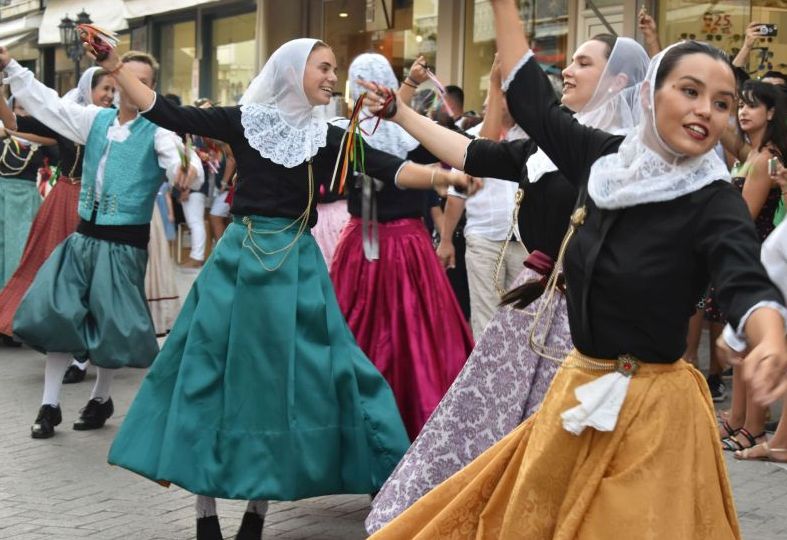 While waiting for the next Carnival Parade in Lefkada on the 1st of March 2020 (Faromanita 2020), watch a video of the Carnival in Lefkada Island 2019 (Faromanita 2019) and the Lefkas International Folklore Festival 2019. I was very impressed of everything, the costumes, the joyfulness of the participants, their smiles and the general lively atmosphere. Congratulations to all participants! You were beautiful! There are 2 main events that gather thousands of people on the main streets in Lefkada and other smaller towns on the island. One of them is the Carnival, which happens in all Greece on the same date (in February or March) and the other one is the International Folklore Festival, happening in August, each year.

More about the Carnival

The next carnival street parade takes place on the 1st of March 2020. Each year the local people gather to form a lively dancing street parade. Casa del Papel was one of the themes present during the street parade in 2019. They all recreated a sort of Rio de Janeiro Carnival atmosphere 🙂 It’s not only one festive day during this period. There are 3 weeks of celebration with many different happenings. During the second week, there is a special Thursday named Tsiknopepti (Τσικνοπέμπτη) when everybody eats lots of meat. All Lefkadians are enjoying a whole day of barbeque. Another popular event is a parade by the schools of Lefkada and adjacent villages, an event that takes place the second Sunday, also on the main pedestrian street of Lefkada. The Carnival in Lefkada is organized by The Cultural Center in Lefkada, under the local name «Faromanita» (Φαρομανητά). In English Faromanita could be described as playing a role, acting with the purpose of making somebody to laugh or cry. It seems to be an ancient celebration.

The next International Folklore Festival takes place 23 – 30 August 2020. Established in 1962, the festival’s intention is to promote peace and friendship between nations. It embraces cultural differences and promotes the talented artists. More than 600 groups from 150 countries have participated in this traditional event. The Festival begins in the 3rd week of August, starts on a Sunday and finishes the next Sunday. The show is being hosted by a famous TV presenter, mr. Alexis Kostals.