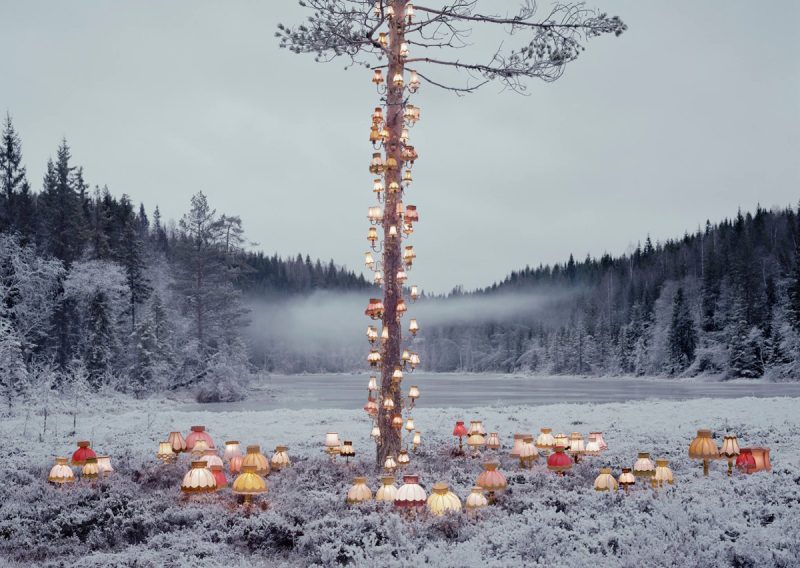 Norwegian artist Rune Guneriussen (previously here and here) moves elements of domestic life into the outdoors, producing large installations built from books, lamps, and other displaced objects. His works are placed in remote areas of Norway’s forest, and either balance precariously in a selected location or illuminate a particular patch of the surrounding wooded environment.

“It is not as much photography as it is about sculpture and installation,” says Guneriussen in an artist statement. “…This process involves the object, story, space and most important the time it is made within. It is an approach to the balance between nature and human culture, and all the sublevels of our own existence.”

You can see more images from the conceptual artist’s outdoor installation series, which date back to 2005, on his website and Facebook. (via Ignant)