ΑρχικήNews in English10+ Different Types of Houses Found in...

10+ Different Types of Houses Found in Countries Around the World 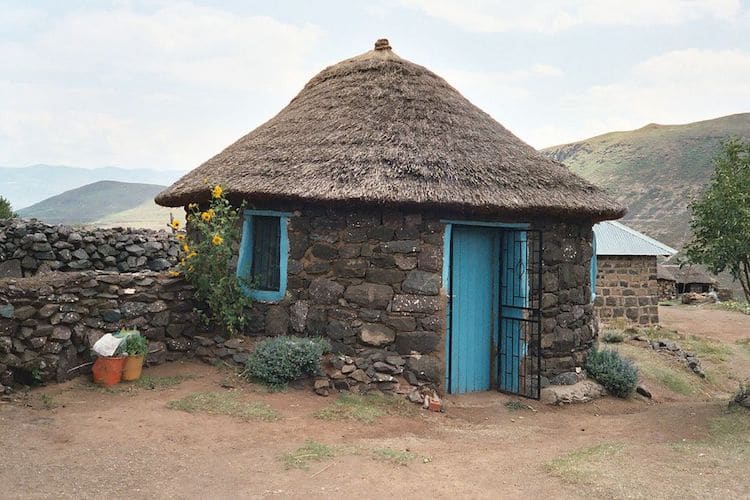 Τhroughout history, people have fabricated shelters that fit their surroundings. With a universal set of criteria in mind—including access to tools, availability of materials, and type of climate—individuals from all over the world constantly reinterpret, reimagine, and redefine the concept of home.

To many of us, a home is a four-walled fixture on a permanent foundation. But to others, it is a snowy sanctuary, a hidden cave, or even a floating boat. Here, we explore these different types of houses in order to understand how and why such a wide range of shelters exist across the globe.

Let’s take a tour of different types of houses around the world. In Matmata, Tunisia, cave homes—ancient abodes that have been carved out of sandstone—keep people comfortable all year long. Situated around a central pit and connected by a network of passageways, these one-of-a-kind properties provide protection from the North African sun and desert winds.

Today, many cave homes in locations around the world have been turned into unique cave hotels. In South Africa, rondavels—rounded, single-cell huts—are favored for their ability to be built from natural, locally sourced materials. Like igloos, rondavels were traditionally used as temporary hunting lodgings.

Today, round houses are built and bought by people interested in saving both space and energy.

In Southeast Asia, where heavy rain is prevalent, you can find communities of stilt houses. These homes are raised up on planks in order to protect its inhabitants and their possessions from flooding. They’re also designed to sit just high enough to keep safe from invading vermin—namely, snakes and insects. Additionally, their roofs are sloped, in order to allow rainwater to easily stream down without damaging the property.

Though they’re primarily built in Southeast Asia today, stilt houses are also present in the western hemisphere where homes are faced with hurricane damage. This type of house is thought to have first be used (in the west) by indigenous tribes of the Americas. Yurts—portable tents traditionally composed of animal skins—have been used by Central Asian nomads for centuries. While, in the past, these structures were intended as temporary shelters, contemporary construction methods and access to new materials have allowed them to be used as permanent housing. In addition to being the “opal capital of the world,” Coober Pedy, a South Australian town, is renowned for its “dugouts,” special shelters built beneath the Earth’s surface.

According to Smithsonian Magazine, these unique underground homes act as an oasis from the outback’s heat (summer temperatures can reach a sweltering 113 degrees Fahrenheit) and occasional dust storms. For this reason, half of the town’s residents—as well as a museum, a church, and even a hotel—have opted for this underground lifestyle. Though not as prevalent as they once were, igloos are used by outdoors enthusiasts as temporary shelters. Skillfully constructed out of insulating, compressed snow, the icy accommodations keep dwellers warm by blocking harsh winds and housing a small fire.

Today, igloos—which are deeply connected to Inuit history and culture—can be found in Baffin Island, Canada, and other snowy, North American locations. Photo: By Tammy (Weekend with Dee) [CC BY 2.0], via Wikimedia Commons

Today, many aspiring homeowners are foregoing standard-sized housing for less spacious alternatives. Communities dedicated to tiny homes have popped up across the United States, with Portland, Oregon, at its epicenter.

Easy to erect and relatively inexpensive, these small houses are perfect for people interested in downsizing. In addition to its hilly geography, San Francisco is known for its Victorian and Edwardian houses. Featuring bay windows and ornate decoration, most of these colorful homes were built in the late 19th century and early 20th century.

Today, they can be found all over the city. Situated on a mesa, Acoma Pueblo is a historic site in New Mexico. The Acoma people have lived on the site for 2,000 years and began to build ladder-accessible homes out of adobe brick back in the 17th century.

Today, roughly 300 of these mudbrick homes exist in Acoma. Charmingly named after the quaint Christmas candy tradition, the gingerbread houses of  Martha’s Vineyard look like they’re straight from a sugary-sweet storybook.

According to Around The World L, these wooden homes popped up in the late 19th century. Since then, they have creatively been characterized as “Carpenter’s Gothic” due to their ornate decoration. While, like the rest of the world, most Londoners live in homes built on land, some have found that life on the canal floats their boats—literally!

Regent’s Canal—a waterway that spans nearly nine miles of the city— is home to a community of canal boats. A less expensive alternative to London’s pricey flats and homes, houseboats are becoming an increasingly popular way to live and work in the capital. But before you pick up and move into one of these “narrowboats,” make sure you’re on board with the nomadic lifestyle; local law states that canal-dwellers cannot “remain in the same neighborhood for more than 14 days.”