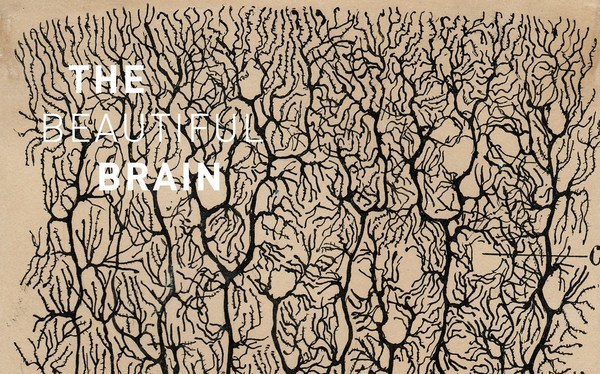 “A graphic representation of the object observed guarantees the exactness of the observation itself.”

Oliver Sacks insisted that “ideas emerge, are shaped, in the act of writing,” which he considered “a special, indispensable form” of talking to himself. Unusual creaturethough he was, the beloved neurologist was not the only scientist who turned to other forms of creative expression as a clarifying force for scientific inquiry. The Spanish histologist, onetime bodybuilder, selfie pioneer, and Nobel laureate Santiago Ramón y Cajal (May 1, 1852–October 17, 1934), widely considered the founding father of modern neuroscience, used drawing the way Dr. Sacks used writing — as a vital way of thinking out loud, of giving form to ideas, of making arguments and fleshing out theories around the skeleton of observations.

Cajal — who, given the magnitude of his contributions, ought to be as much of a household name as Darwin and Pasteur — created hundreds of exquisite, exceptionally skilled drawings to illustrate his scientific papers. In them, he laid out the basic architecture of the nervous system and tackled the grand unanswered question of his era: How do nerve impulses travel between separate cells, or, what is the neurological basis of reflexes? Art became the sandbox for testing his theories, which in turn became a centerpiece of modern science.

The best of his drawings, ranging from the iconic to the never-before-published, are now collected in Beautiful Brain: The Drawings of Santiago Ramón y Cajal (public library) — astonishingly detailed and deft illustrations, some reminiscent of Johannes Hevelius’s 17th-century comet drawings and others of the tree diagrams of medieval manuscripts.

Cajal was drawn to art from an early age, to a point of compulsion — as a boy, he was frequently possessed by what he called “manias” to draw everything in sight, and even drew his dreams. At sixteen, he fell in love with photography, particularly with the photographic process Daguerre had invented three decades earlier, and taught himself how to take, develop, and print daguerrotypes. A century and a half before the selfie, he produced a lifelong series of remarkably artful photographic self-portraits.

But Cajal’s father, a physician, was unthrilled by his son’s artistic pursuits and hoped the boy would instead follow in his own footsteps. In an attempt to gently steer his course away from art and toward science, he persuaded young Santiago to help him teach anatomy at the local medical school. The plan was both a success and a failure — it only amplified Cajal’s passion for art, but it also kindled a lively interest in science. Like Leonardo, who made porous the membrane between art and scienceand who was a prescient anatomist, Cajal became enchanted by the mysteries of the human body and used his meager savings to build a home laboratory where he could undertake histology — the study of body tissues through a microscope.

Both in scope and in promise, histology fell partway between anatomy, which had been a staple of medicine for centuries, and microbiology, which Pasteur had rendered a research field du jour. The obscure discipline was in its infancy, its growth only recently accelerated by innovations in optical technology in the 1830s, but Cajal saw it as full of possibility. He would later write his poetic autobiography, Recollections of My Life:

I finally chose the cautious path of histology, the way of tranquil enjoyments. I knew well that I should never be able to drive through such a narrow path [as microbiology] in a luxurious carriage; but I should feel myself happy in contemplating the captivating spectacle of minute life in my forgotten corner and listening, entranced, from the ocular of the microscope, to the hum of the restless beehive which we all have within us.

It was from this transfixed vantage point at the eyepiece of the microscope that Cajal, who always considered himself “a visual type,” first saw the potential of fusing science with art in advancing discovery. At the University of Barcelona, he learned of the Golgi method — a technique pioneered by the Italian physician Camillo Golgi, using potassium dichromate and silver nitrate to stain neurons in black. It worked beautifully but unpredictably — there was no control over which neurons would be stained and which wouldn’t, rendering the results uneven and unreliable.

Cajal toiled tirelessly to improve the technique until its scientific reliability was as spectacular as its aesthetic splendor — a feat he accomplished in 1888, which he considered his “year of fortune,” his very own pre-Einsteinian annus mirabilis. In a passage that calls to mind Alan Lightman’s beautiful writings about the creative sympathies between scientific and artist breakthrough, Cajal would later write:

The new truth, laboriously sought and so elusive during two years of vain efforts, rose up suddenly in my mind like a revelation… Realizing that I had discovered a rich field, I proceeded to take advantage of it, dedicating myself to work, no longer merely with earnestness, but with a fury.

In the grip of that fury, he worked fifteen-hour days and in a single year published fourteen scientific articles on the nervous system, which at the time was an enigmatic terra incognita.

Pyramidal neurons of the central cortex and their axon pathways

But even through his most groundbreaking scientific discoveries, Cajal remained at heart a Renaissance man. His books included a treatise on the technology and art of color photography, a compendium of aphorisms à la Oscar Wilde, a book of advice to young scientists à la Rilke, and a collection of science fiction short stories. He deliberately divided his autobiography into two parts, one exploring his artist passions and the other his scientific career.

At best, a brain slice seen through a microscope is notoriously difficult to interpret. To borrow one of Cajal’s favorite metaphors, imagine entering a forest with a hundred billion trees armed only with a sketchbook, looking each day at blurry pieces of a few of those trees entangled with one another, and, after a few years of this, trying to write an illustrated field guide to the forest. You won’t get anywhere if you simply draw what you see every day; you’re going to have to build up a mental inventory of rules for the forest, and then scrupulously try to fit what you see into that framework, or be flexible enough to allow what you see to reshape your stock of ideas.

A generation earlier, the great Victorian art critic John Ruskin had argued that drawing cultivates the art of observation and helps one see the world more clearly. Cajal brought this ethos to his scientific work, using his illustrations — which he preferred to do freehand, rather than tracing images projected from a microscope — to deduce the framework of how the brain works. He would later write:

A graphic representation of the object observed guarantees the exactness of the observation itself.

But Cajal also cared deeply about the aesthetic quality of the art itself — he took great pains with his draughtsmanship and, at the start of his career, pooled his meager resources to pay for high-quality printing.

King and Himmel consider the integral role of Cajal’s art in his ultimate legacy as a scientist:

As with Einstein’s theories, it has taken many decades for those of us who are not scientists to catch up with Cajal’s brain. It wasn’t until 1946, twelve years after Cajal’s death, that the first electronic computer flickered into life, hinting that a machine could be built that behaved like a brain. That day may be (infinitely) far off, but since then, the concepts that Cajal discovered, explained, and illustrated have burrowed into the world’s technology, economy, popular myths, moral dilemmas, philosophical debates, and art and literature. Since Cajal, we have seen mounting evidence that the idea of the brain being as vast and mysterious as the universe — for centuries a trope for poets — may contain some literal truth. When we look at his drawings today, we see not diagrams or arguments, but the first clear pictures of that remote frontier, drawn by the man who traveled farthest into its endless reaches.

Complement the scrumptious Beautiful Brain, annotated with fascinating background on each of Cajal’s drawings, with Peter Rabbit creator Beatrix Potter’s little-known mycological illustrations and Leonardo da Vinci’s visionary anatomical drawings, centuries ahead of medicine, then revisit this modern-day graphic novel about how the brain works, built upon Cajal’s legacy.