How to watch movies and read books more intelligently, according to New York’s most powerful critics 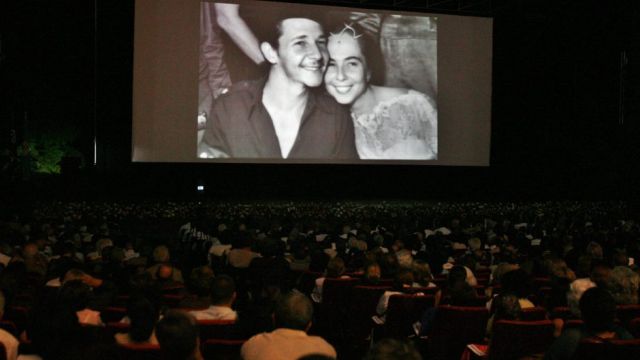 Sometimes it seems we’ll never get back to the blissful college days of doing nothing but reading, thinking, and discussing. (Or drinking while discussing. Or drinking while not discussing.) The farther you get along in career and family, the more you wonder: Will I ever find time to finish (or start) Moby Dick? Fitzcarraldo? The Wire?? And then, do I still have it in me to say something intelligent about them?

Even professional culture critics face the same fears. On Sunday, Sept. 18, a group of legendary US critics opened up at the Brooklyn Book Fair, sharing their own strategies for reading and watching, and thinking critically.

New York Times film critic AO Scott was in attendance, as were Pulitzer Prize-winning culture critics Margo Jefferson and Wesley Morris, and music critic and New Yorker contributor Hua Hsu. They were meant to discuss criticism in the social media age, but instead spent much of the time talking about the challenges of judging new books, movies, and music. Morris joked about his evolving long-time relationship with the work of Clint Eastwood, but most of their methods for approaching books and movies could be applied by any curious reader or watcher.

Below are guidelines drawn from the panel, along with remarks from a conversation between Scott and Quartz.

Don’t bother trying to keep up

The panel agreed that anxiety about keeping up with everything new is pointless. Even the top critics can’t be experts in everything. So give yourself a break.

“This need to keep up, I think, does relax as you get a little older; there just isn’t time, and there isn’t brain capacity,” Scott told the audience. “You start to admit there might be stuff out there that you just don’t get, and you forgive yourself for that. At a certain point, this stops being embarrassing.”

Whatever you’re consuming—even a movie that seems to require no thought—pay attention, and take notes. For Scott, there’s no real difference between reading or watching for work and for pleasure.

“I can’t read without a pencil or pen in hand, whatever I’m reading,” he says. “I have to have something to make notes in the margin or underline or scribble with. … I can’t just like what I like, or not like what I don’t like, without thinking, ‘Why?’ —Which is kind of where criticism starts.”

Watch, read, and listen like you don’t know anything

Being a good judge of culture starts with curiosity. When you watch and read, be amazed or annoyed—and then ask yourself why you had those reactions.

“When I sit down to write,” says Scott, “I feel very dumb about what I’m writing about. I’m trying to make myself smarter as I go along.”

First and foremost, says the film critic, he writes to clarify his own thinking about a movie, which he then hopes to transfer to readers.

Imagine it’s 100 years in the future

The more writers and artists are urged to share on social media, the more we know about them beyond the works they make. We can wind up with the wrong information or too much information, says Scott, which can distract from the book or movie itself.

When you approach a work, he advises, “Imagine that 100 years have gone by, and we’ve just picked this thing up and don’t know anything about it: What would it look like?” It may also be useful to avoid profiles and interviews with writers or filmmakers, as he sometimes does.

But: There are predatory and badly behaving directors, actors, and authors, and it can be difficult to separate art and artist. We don’t always have to. As Morris says, “A lot of great people are also really awful.”

Don’t fret over being right

It’s so satisfying to find an old college essay you wrote and admire how prescient and wise you sounded, even in youth. But it’s just as likely your opinions haven’t stood the test of time, and that’s perfectly fine.

Judgment seems like it should be based on objectivity—this is a good book, and that’s a bad movie—but in fact criticism is subjective, and invariably involves our own whims, biases, prejudices, biographies. Don’t be afraid to give an opinion and then change your mind later.

“I’m open to the fact that I might be wrong about a lot of things I thought I was right about 10 years ago,” says Morris.

“You can learn to like something that baffled you at first sight, and, equally, you can be convinced of the unredeemable flaws in something that thrilled you at the time of your initial encounter,” writes Scott in his book, Better Living Through Criticism, out February 2016 from Penguin Press.

Strive to be trustworthy, not authoritative

Similarly, it’s tempting to rain down judgment and argue until everyone around you agrees with what you thought about the movie.

But as Scott says to the audience, there’s a difference between being a trustworthy judge and an authoritative one. “I’m not looking for obedience in my readers. But I am offering them guidance,” he says.

“Usually I don’t think what I’m trying to convince the reader of is that [something] was necessarily good or bad,” says Hsu of his own work. “It’s my way of reckoning with larger questions,” he says, “A way of freezing the world.”

Birds hunt, hide, and blow impressive smoke rings in a selection of images from the 2019 Audubon Photography Awards