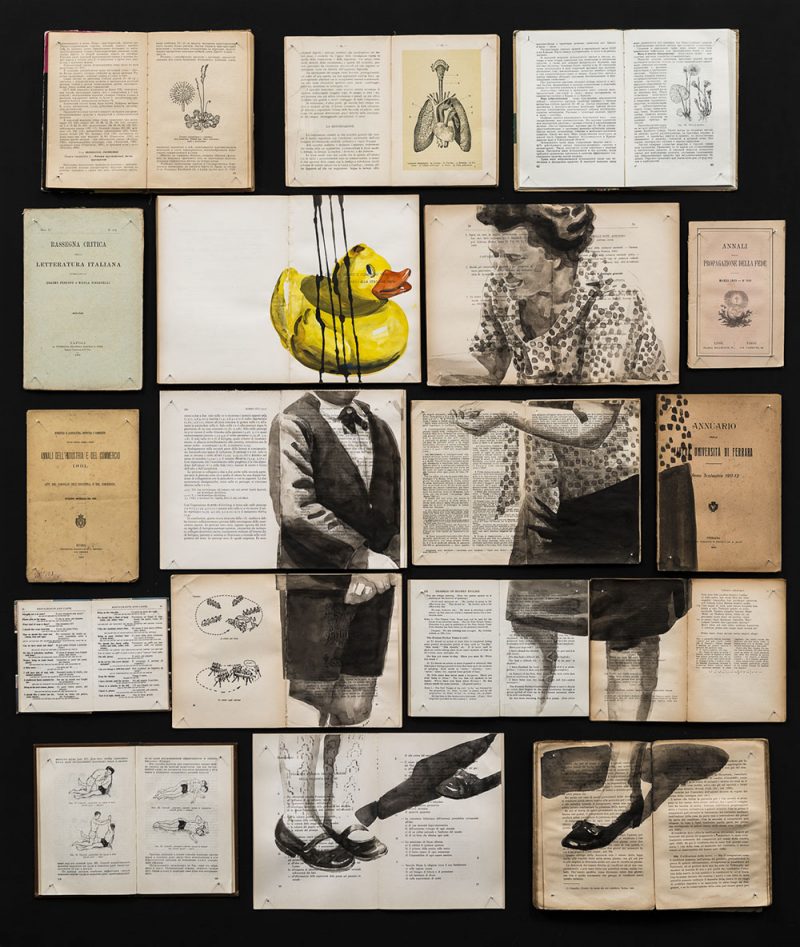 Spread across the opened pages of books pinned against the wall like insect specimens, artist Ekaterina Panikanova (previously) creates ink paintings that appear like fragments of memory. As with the content of old books, the subjects of each work appear from a different era, engaged in mysterious activities or moments while accompanied by recurring images of lace, layer cakes, animals, and explosions of ink. Occasionally an image is permitted to span several book spreads, but is often interrupted by a new idea that appears to be inserted like a misplaced puzzle piece.

Panikova was born in Russia and now lives and works between between St. Petersburg and Rome. You can see more of her recent work at Z2O Galleria.