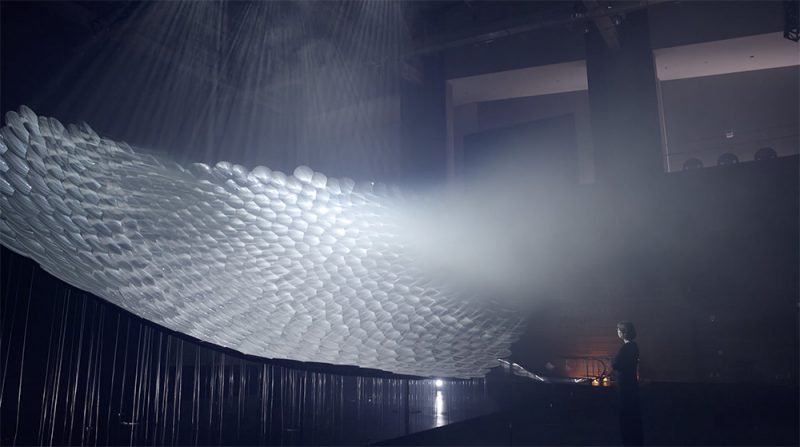 No, we’re not staring down the eyes of our new insect overlords, but you could certainly be forgiven for thinking so. Instead this is the latest artwork from South Korea-based artist duo Kimchi and Chips (Mimi Son and Elliot Woods) — a piece so thoroughly layered with technology it almost defies description despite being undeniably intriguing to witness. Titled Light Barrier Third Edition, the installation is the third in an ongoing series of works that utilize a vast array of projectors, mirrors, and speakers to present volumetric light forms which materialize in a foggy haze just above the work. From their artist statement:

In this third edition, 8 architectural video projectors are split into 630 sub-projectors using an apparatus of concave mirrors designed by artificial nature. Each mirror and its backing structure are computationally generated to create a group that collaborates to form the single image in the air. By measuring the path of each of the 16,000,000 pixel beams individually, light beams can be calibrated to merge in the haze to draw in the air. 40 channels of audio are then used to build a field of sound which solidifies the projected phenomena in the audience’s senses.

The artists share that over a period of six minutes the piece plays a sequences of images that “employs the motif of the circle to travel through themes of birth, death, and rebirth, helping shift the audience into the new mode of existence.”

A more compact version of Light Barrier was first exhibited in 2014 at the New Media Night Festival, Nikola-Lenivets in Russia. The much larger version of the piece seen here was shown last year in collaboration with the Asia Culture Centre. You can explore many more of Kimchi and Chip’s experiments with light on their website. 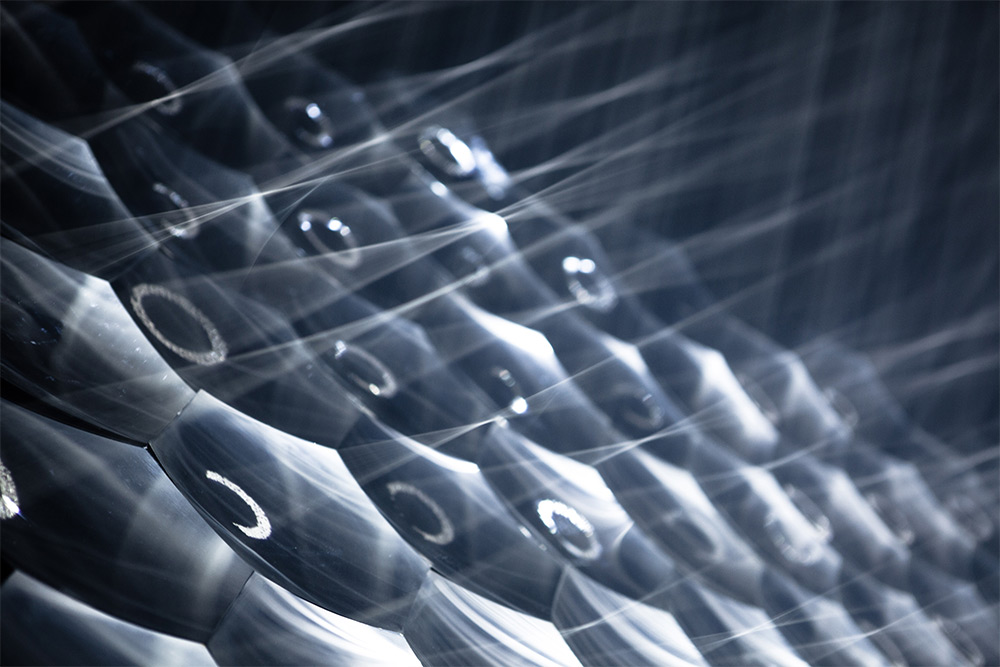