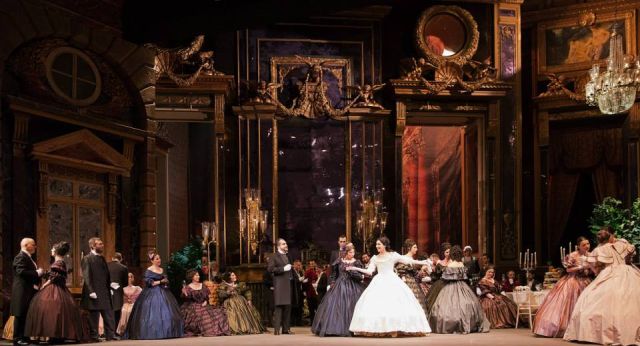 Cultural Centre of Preveza
Today La Traviata is recognised as one of the masterpieces of the world operatic repertoire and is also one of the most popular operas around. Its well-known arias and duets accompany one of the most tragic stories of great love, frustrated by social conventions. The opera tells of the love of a courtesan with the son of one of Paris’ finest families. The relationship provokes the reaction of the young man’s family, the couple split and meet again shortly before the girl’s death.From the utter failure –in the view of the composer- of the premiere at Venice’s La Fenice in 1853 to the decision of the London Royal Opera not to translate the work out of respect of the moral well-being of its public in 1856, to the fact that one and half centuries later, even today the title of the opera is not being translated in most languages, La Traviata (i.e. The Fallen Woman) confirms this work of fine art as a creation that provokes intense discussion, leaves a strong impact, raises questions and criticises society and man.Nikos S. Petropoulos’ production is being revived by the Greek National Opera for the first time at the A. Trianti Hall of the Athens Concert Hall.With the Orchestra, Choir, Ballet dancers and Soloists of the Greek National Opera.
Share: