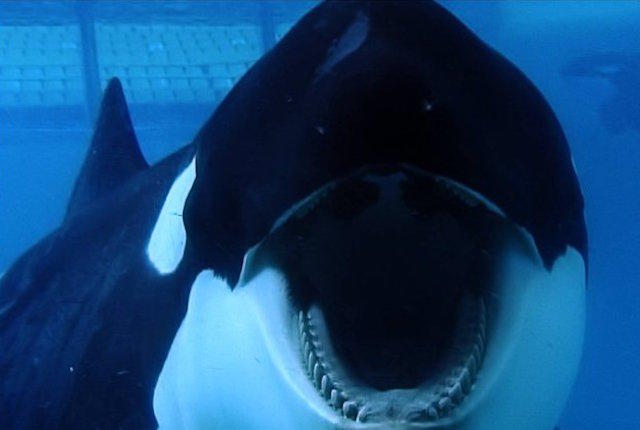 Lots of documentaries spark a conversation, whether it’s about social justice or climate change. But all too often, that discussion fades away after a month or two of passionate debate. These 10 films didn’t just get people talking—they spurred court appeals, policy revisions, and even fast-food menu changes. Here’s how each of them made a real, tangible impact.

For 24 years, Frederick Wiseman’s unsettling documentary on the mistreated patients at Bridgewater State Hospital for the criminally insane was banned—supposedly in the interest of those patients’ privacy. But even though precious few people saw the film between 1967 and 1991, it’s credited with spurring the closure or reform of several major psychiatric hospitals. Plus, if Wiseman is to be believed, Bridgewater began using Titicut Follies as a training tool for employees on what not to do at work.

Errol Morris tore into the evidence and testimony against Randall Dale Adams, a death row inmate accused of murdering a police officer, in this 1988 true crime documentary. His counter-argument was so convincing that it helped overturn Adams’ conviction, just days before he was sentenced to die by lethal injection.

After Michael Moore confronted Kmart executives over their sale of firearms and ammunition, the company announced it would stop selling bullets in all of its stores. The chain of events unfolds in Moore’s Oscar-winning documentary, which explores the causes of mass shootings and America’s broader relationship with guns.

Less than two months after Morgan Spurlock’s documentary Super Size Me premiered at the Sundance Film Festival, McDonald’s announced the end of “super-sizing.” The fast food corporation claimed the decision had nothing to do with Spurlock’s grotesque Big Mac binging, but considering the rapid timeline, no one really believed Mickey D’s.

Some reports question how much The Cove actually impacted dolphin hunting in the Japanese city of Taiji. The practice is still going on today, but the number of dolphins captured nationwide has definitely dropped, from 23,000 in 2009 to less than 6000 in 2015. The World Association of Zoos and Aquariums also suspended its Japanese branch last spring for accepting dolphins acquired in the Taiji hunt; this move forced the branch to formally ban members from buying or exporting any dolphins from Taiji drive fisheries.

An academic study found that Josh Fox’s Oscar-nominated documentary on fracking led to greater online searching and social media chatter, increased media coverage, and local anti-fracking mobilization. Guess all those critics who compared it to Silent Spring had a point.

Two Columbia University staffers appeared in this exposé of the 2008 financial crisis: Economist/professor Frederic Mishkin and Business School dean Glenn Hubbard. Both men were less than transparent about their professional connections to the finance world. The film reveals that Mishkin wrote a paper about Iceland’s economy without disclosing the $124,000 he’d received from the country’s chamber of commerce. Hubbard, meanwhile, grew combative when questioned about his many consulting clients. A few months after Inside Job’s release, Columbia released much stricter disclosure rules for faculty who work with Wall Street, and the economics department chair credited the movie (which won the Oscar for Best Documentary Feature in 2011) as a driving force.

Kirby Dick’s The Invisible War offers a harrowing look at the way rape cases in the U.S. military are mishandled. Mere days after watching it, Secretary of Defense Leon Panetta announced a policy change in the way these crimes are investigated. This was before the documentary was even released. After its debut, one of the generals featured in the film was replaced, senators like Kirsten Gillibrand proposed even more radical policy changes, and the Pentagon introduced to new programs to “change the culture” surrounding rape allegations.

Gabriela Cowperthwaite’s 2013 documentary about captive orcas quickly proved to be bad business for SeaWorld. Bands ranging from The Beach Boys to Heart swiftly cancelled shows at SeaWorld and Busch Gardens Tampa (which SeaWorld Parks & Entertainment owns). Attendance and revenue dropped. Southwest Airlines ended its 26-year business partnership with the company. The House of Representatives got involved. Then finally, SeaWorld’s new CEO announced the park would end its orca breeding program and modify all orca performances, so the whales would no longer be forced to vamp for audiences. Instead, they’ll simply swim and communicate with each other, just like they would in the ocean.