Jarring juxtapositions of prosperity and conflict by Uğur Gallenkuş Turkish artist Uğur Gallenkuş uses split images to emphasize the grave differences between war-torn countries and privileged, peaceful societies. Gallenkuş often specifically references Western visual culture in his juxtaposed images, such as Christian iconography of the Madonna and child, and the Instagram aesthetic of the ice cream cone portrait. In each composite image, the Istanbul-based artist pairs a carefully matched slice of prosperity with jarring documentation of conflict and poverty to show what occupies the attention and defines the experiences of people around the world, depending on where they live.

Gallenkuş has been creating these divided images for several years as a personal project, and has garnered global attention for his work, which he shares with nearly half a million followers on Instagram. In a recent interview with Juxtapoz, the artist explained,  “If we want to live in peace and trust, we must have healthy knowledge and empathy. Wrong and biased information and hatred make these problems even worse.” 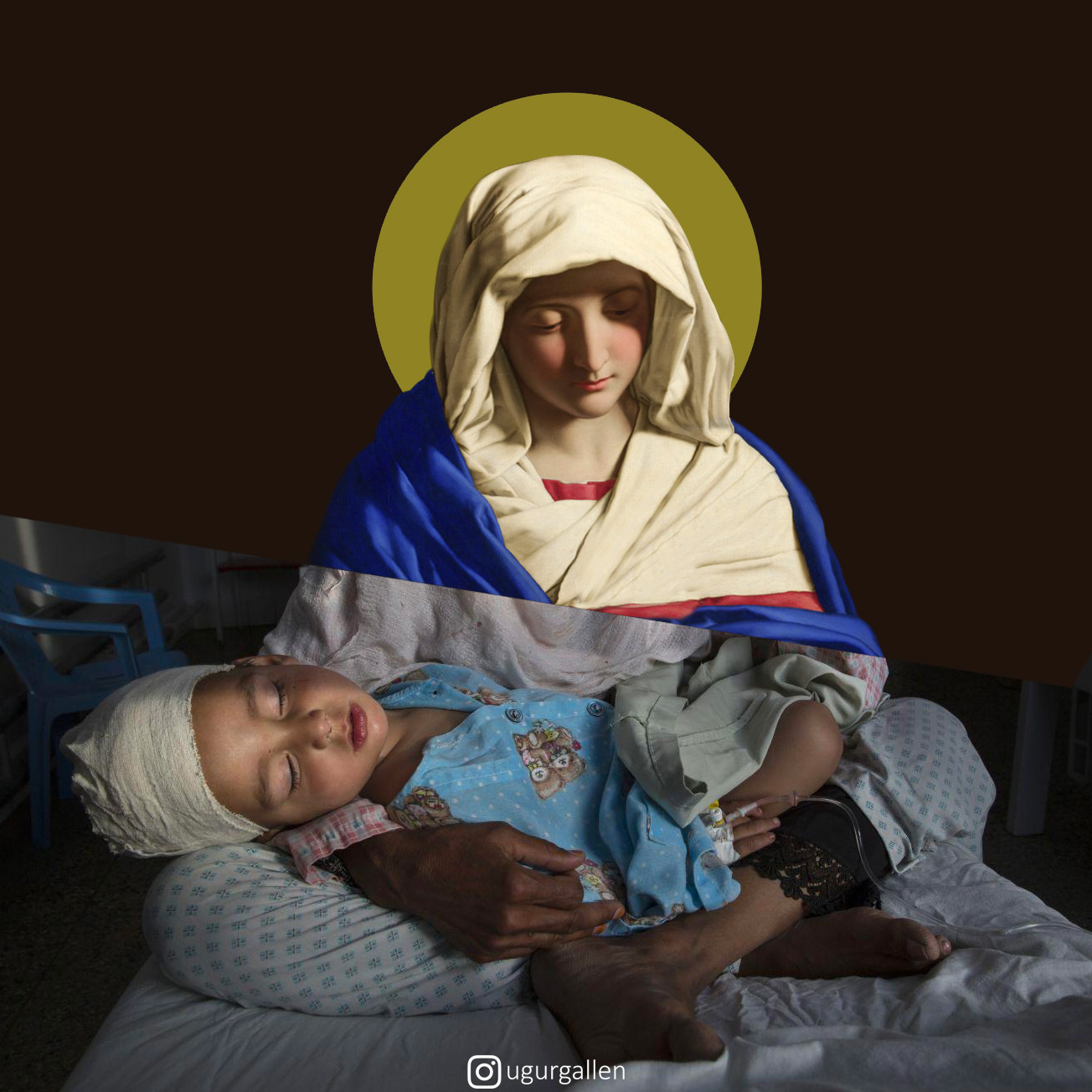