ΑρχικήNews in EnglishAudre Lorde on Poetry as an Instrument of... 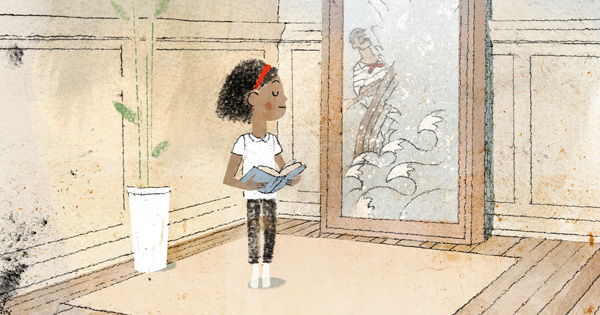 “As they become known to and accepted by us, our feelings and the honest exploration of them become sanctuaries and spawning grounds for the most radical and daring of ideas. They become a safe-house for that difference so necessary to change and the conceptualization of any meaningful action.”

This is the precarious balance of a thriving society: exposing the fissures and fractures of democracy, but then, rather than letting them gape into abysses of cynicism, sealing them with the magma of lucid idealism that names the alternatives and, in naming them, equips the entire supercontinent of culture with a cartography of action. “Words have more power than any one can guess; it is by words that the world’s great fight, now in these civilized times, is carried on,” Mary Shelley wrote as she championed the courage to speak up against injustice two hundred years ago, amid a world that commended itself for being civilized while barring people like Shelley from access to education, occupation, and myriad other civil dignities on account of their chromosomes, and barring people just a few shades darker than her from just about every human right on account of their melanin.

Shelley laced her novels with the exquisite prose-poetry of conviction, of vision that saw far beyond the horizons of her time and carried generations along the vector of that vision to shift the status quo into new frontiers of possibility. A century and a half after her, Audre Lorde (February 18, 1934–November 17, 1992)– another woman of uncommon courage of conviction and potency of vision — expanded another horizon of possibility by the power of her words and her meteoric life. Lorde was a poet in both the literal sense at its most stunning and the largest, Baldwinian sense — “The poets (by which I mean all artists),” wrote her contemporary and coworker in the kingdom of culture James Baldwin, “are finally the only people who know the truth about us. Soldiers don’t. Statesmen don’t… Only poets.” Lorde understood the power of poetry — the power of words mortised into meaning and tenoned into truth, truth about who we are and who we are capable of being — and she wielded that power to pivot an imperfect world closer to its highest potential.Nowhere does that potency of understanding live with more focused force than in her 1977 manifesto of an essay “Poetry Is Not a Luxury,” which opens The Selected Works of Audre Lorde (public library) — the excellent collection of poetry and prose, edited by Roxane Gay.

Lorde, who resolved to live her life as a burst of light as she faced her death, and so lived it, writes:

The quality of light by which we scrutinize our lives has direct bearing upon the product which we live, and upon the changes which we hope to bring about through those lives. It is within this light that we form those ideas by which we pursue our magic and make it realized. This is poetry as illumination, for it is through poetry that we give name to those ideas which are — until the poem — nameless and formless, about to be birthed, but already felt. That distillation of experience from which true poetry springs births thought as dream births concept, as feeling births idea, as knowledge births (precedes) understanding.

With an eye to how poetry uniquely anneals us by bringing us into intimate contact with those parts of ourselves we least understand and therefore most fear, Lorde adds:

As we learn to bear the intimacy of scrutiny and to flourish within it, as we learn to use the products of that scrutiny for power within our living, those fears which rule our lives and form our silences begin to lose their control over us.

I am reminded of the shared root of the words power and possibility in posse, Latin for “to be able,” as I read Lorde’s incisive insistence that for women, this place of possibility is buried beneath strata of historical silence and is therefore especially powerful once poetry — “poetry as a revelatory distillation of experience, not the sterile word play” — does the vital work of excavation:

For each of us as women, there is a dark place within, where hidden and growing our true spirit rises… These places of possibility within ourselves are dark because they are ancient and hidden; they have survived and grown strong through that darkness. Within these deep places, each one of us holds an incredible reserve of creativity and power, of unexamined and unrecorded emotion and feeling.

These reserves, Lorde argues, have remained hidden for epochs because the white founding fathers — of nations, of notions — have not honored them, have not named them, have not inscribed them into the collective vocabulary of standardized thought and selective memory we call culture. From this recognition rises, tender and titanic, the central animating ethos of her essay, of her life. A generation after Rebecca West insisted in her superb meditation on storytelling and survival that “art is not a plaything, but a necessity, and its essence, form, is not a decorative adjustment, but a cup into which life can be poured and lifted to the lips and be tasted,” Lorde writes:

Poetry is not a luxury. It is a vital necessity of our existence. It forms the quality of the light within which we predicate our hopes and dreams toward survival and change, first made into language, then into idea, then into more tangible action. Poetry is the way we help give name to the nameless so it can be thought. The farthest horizons of our hopes and fears are cobbled by our poems, carved from the rock experiences of our daily lives.

In a sentiment evocative of Hannah Arendt’s sobering insight into speech, action, and how we change the world, Lorde considers what it takes for women, for non-white persons, for persons of daring and divergence from the status quo, to reconceptualize culture, then take action that bridges the new conception with a new reality:

As they become known to and accepted by us, our feelings and the honest exploration of them become sanctuaries and spawning grounds for the most radical and daring of ideas. They become a safe-house for that difference so necessary to change and the conceptualization of any meaningful action… We can train ourselves to respect our feelings and to transpose them into a language so they can be shared. And where that language does not yet exist, it is our poetry which helps to fashion it. Poetry is not only dream and vision; it is the skeleton architecture of our lives. It lays the foundations for a future of change, a bridge across our fears of what has never been before.

Poetry, Lorde intimates, is also a singular prism for the present that becomes a portal of light from our impossible pasts to our possible futures. In a sentiment that especially gladdens me, as someone who dwells in the lives of the long-dead and unpeels the patina of neglect and indifference from their most luminous ideas for a more livable future, Lorde adds:

There are no new ideas still waiting in the wings to save us… There are only old and forgotten ones, new combinations, extrapolations and recognitions from within ourselves — along with the renewed courage to try them out. And we must constantly encourage ourselves and each other to attempt the heretical actions that our dreams imply, and so many of our old ideas disparage. In the forefront of our move toward change, there is only poetry to hint at possibility made real. Our poems formulate the implications of ourselves, what we feel within and dare make real (or bring action into accordance with), our fears, our hopes, our most cherished terrors.

To step into that place of possibility, Lorde argues, requires that we question the notions we have taken as givens from the dominant culture, few more dangerous and limiting than the propagandist dictum that poetry — that is, the life of feeling, which is our locus of power, which is our fulcrum of action — is a luxury. In consonance with E.E. Cummings’s magnificent manifesto for being unafraid to feel, she writes:

Within living structures defined by profit, by linear power, by institutional dehumanization, our feelings were not meant to survive… We have hidden that fact in the same place where we have hidden our power. They surface in our dreams, and it is our dreams that point the way to freedom. Those dreams are made realizable through our poems that give us the strength and courage to see, to feel, to speak, and to dare. If what we need to dream, to move our spirits most deeply and directly toward and through promise, is discounted as a luxury, then we give up the core — the fountain — of our power… the future of our worlds.

For there are no new ideas. There are only new ways of making them felt — of examining what those ideas feel like being lived on Sunday morning at 7 A.M., after brunch, during wild love, making war, giving birth, mourning our dead — while we suffer the old longings, battle the old warnings and fears of being silent and impotent and alone, while we taste new possibilities and strengths.

Complement this fragment of the wholly indispensable and inspiriting Selected Works of Audre Lorde with Lorde on silence, strength, and vulnerability and the importance of unity across difference in movements of social change, then revisit Adrienne Rich on the political power of poetry, Susan Sontag on the conscience of words, Robert Penn Warren on power, tenderness, and poetry as an instrument of democracy, and Grammy-winning musician Cécile McLorin Salvant reading Lorde’s poem “The Bees.”

The Acrobatic Entanglements of Everyday Objects by Mauricio Alejo