ΑρχικήNews in EnglishHold Still: Sally Mann on the Treachery of...

Hold Still: Sally Mann on the Treachery of Memory, the Dark Side of Photography, and the Elusive Locus of the Self 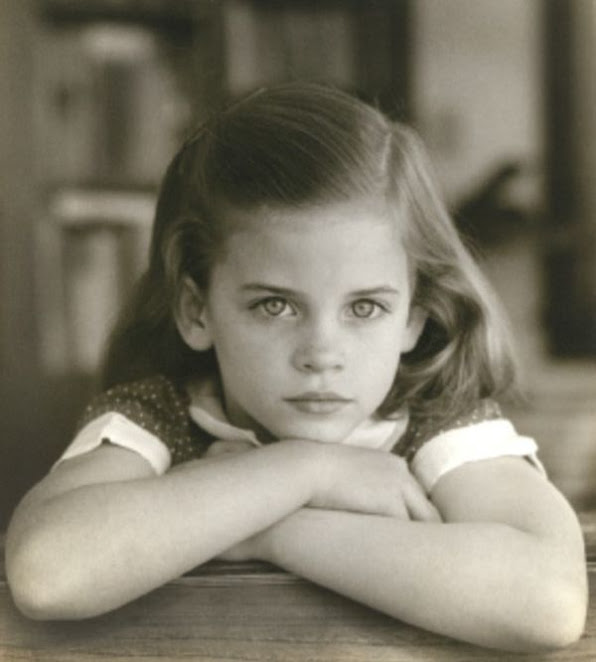 “Memory is never a precise duplicate of the original… it is a continuing act of creation,” pioneering researcher Rosalind Cartwright wrote in distilling the science of the unconscious mind.

Although I lack early childhood memories, I do have one rather eidetic recollection: I remember standing before the barren elephant yard at the Sofia Zoo in Bulgaria, at age three or so, clad in a cotton polka-dot jumper. I remember squinting into a scowl as the malnourished elephant behind me swirls dirt into the air in front of her communism-stamped concrete edifice. I don’t remember the temperature, though I deduce from the memory of my outfit that it must have been summer. I don’t remember the smell of the elephant or the touch of the blown dirt on my skin, though I remember my grimace.

For most of my life, I held onto that memory as the sole surviving mnemonic fragment of my early childhood self. And then, one day in my late twenties, I discovered an old photo album tucked into the back of my grandmother’s cabinet in Bulgaria. It contained dozens of photographs of me, from birth until around age four, including one depicting that very vignette — down to the minutest detail of what I believed was my memory of that moment. There I was, scowling in my polka-dot jumper with the elephant and the cloud of dust behind me. In an instant, I realized that I had been holding onto a prosthetic memory — what I remembered was the photograph from that day, which I must have been shown at some point, and not the day itself, of which I have no other recollection. The question — and what a Borgesian question — remains whether one should prefer having such a prosthetic memory, constructed entirely of photographs stitched together into artificial cohesion, to having no memory at all.

That confounding parallax of personal history is what photographer Sally Mann explores throughout Hold Still: A Memoir with Photographs (public library) — a lyrical yet unsentimental meditation on art, mortality, and the lacuna between memory and myth, undergirded by what Mann calls her “long preoccupation with the treachery of memory” and “memory’s truth, which is to scientific, objective truth as a pearl is to a piece of sand.” 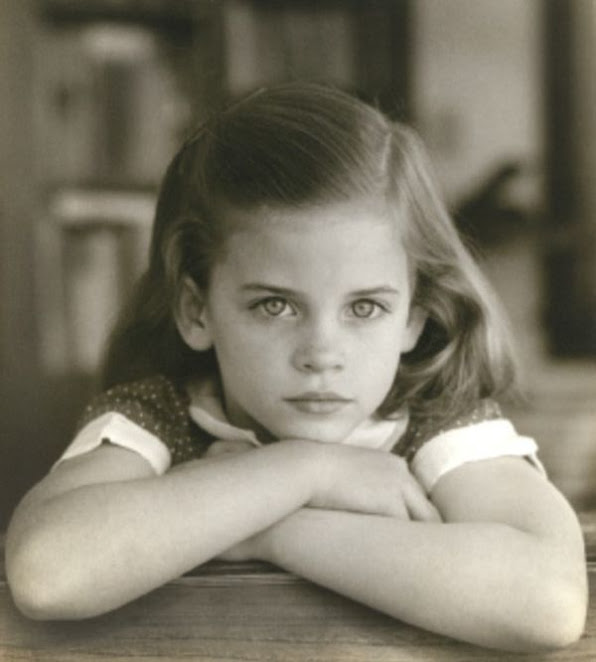 Sally Mann as a child

In a sentiment that calls to mind Oliver Sacks’s exquisite elucidation of how memory works, Mann writes:

Whatever of my memories hadn’t crumbled into dust must surely by now have been altered by the passage of time. I tend to agree with the theory that if you want to keep a memory pristine, you must not call upon it too often, for each time it is revisited, you alter it irrevocably, remembering not the original impression left by experience but the last time you recalled it. With tiny differences creeping in at each cycle, the exercise of our memory does not bring us closer to the past but draws us farther away.

I had learned over time to meekly accept whatever betrayals memory pulled over on me, allowing my mind to polish its own beautiful lie. In distorting the information it’s supposed to be keeping safe, the brain, to its credit, will often bow to some instinctive aesthetic wisdom, imparting to our life’s events a coherence, logic, and symbolic elegance that’s not present or not so obvious in the improbable, disheveled sloppiness of what we’ve actually been through. 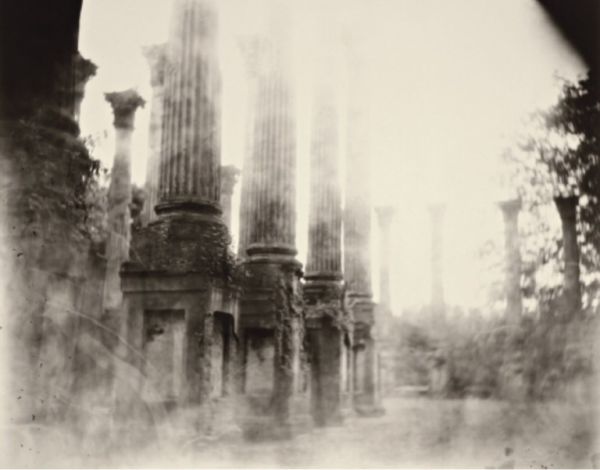 Nearly half a century after Italo Calvino observed that “the life that you live in order to photograph it is already, at the outset, a commemoration of itself,” Mann traces this cultural pathology — now a full epidemic with the rise of the photo-driven social web — to the dawn of the medium itself. Reflecting on the discovery of a box of old photographs in her own family’s attic, she echoes Teju Cole’s assertion that “photography is at the nerve center of our paradoxical memorial impulses” and writes:

As far back as 1901 Émile Zola telegraphed the threat of this relatively new medium, remarking that you cannot claim to have really seen something until you have photographed it. What Zola perhaps also knew or intuited was that once photographed, whatever you had “really seen” would never be seen by the eye of memory again. It would forever be cut from the continuum of being, a mere sliver, a slight, translucent paring from the fat life of time; elegiac, one-dimensional, immediately assuming the amber quality of nostalgia: an instantaneous memento mori. Photography would seem to preserve our past and make it invulnerable to the distortions of repeated memorial superimpositions, but I think that is a fallacy: photographs supplant and corrupt the past, all the while creating their own memories. As I held my childhood pictures in my hands, in the tenderness of my “remembering,” I also knew that with each photograph I was forgetting. 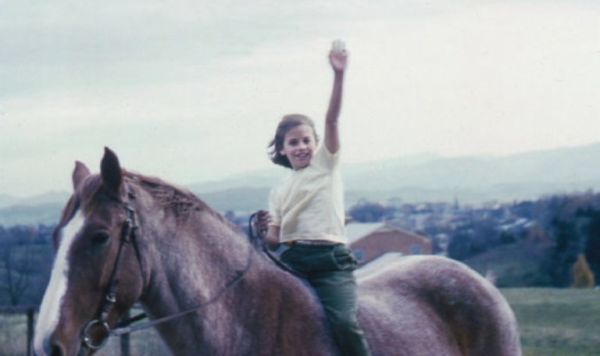 Mann, whose memoir is strewn with an extraordinary sensitivity to language, anchors into the perfect word the perfect analogy for how the living of life impresses itself upon our memory:

When an animal, a rabbit, say, beds down in a protecting fencerow, the weight and warmth of his curled body leaves a mirroring mark upon the ground. The grasses often appear to have been woven into a birdlike nest, and perhaps were indeed caught and pulled around by the delicate claws as he turned in a circle before subsiding into rest. This soft bowl in the grasses, this body-formed evidence of hare, has a name, an obsolete but beautiful word: meuse. (Enticingly close to Muse, daughter of Memory, and source of inspiration.) Each of us leaves evidence on the earth that in various ways bears our form.

Over and over, Mann returns with palpable unease to the parasitic relationship between photography and memory, culminating in this unadorned indictment:

I believe that photographs actually rob all of us of our memory.

More than that, photographs disquiet our already unnerving relationship with time — a relationship which Borges, the poet laureate of memory’s perplexities, captured with memorable brilliance. Mann writes:

Photographs economize the truth; they are always moments more or less illusorily abducted from time’s continuum. 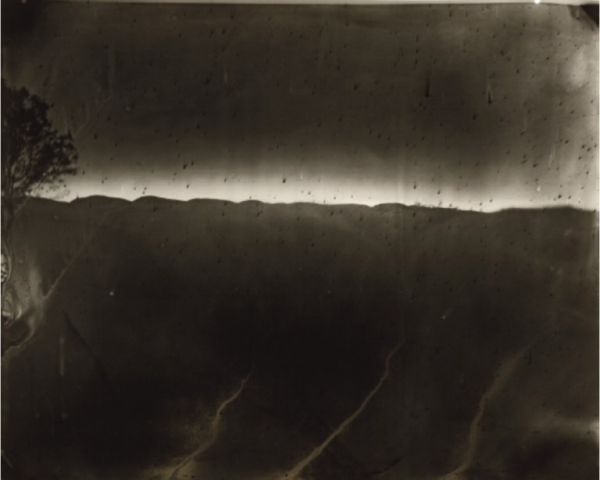 This dislocation of mnemonic truth into photographs is as rooted in time as it is in space. Mann, whose work is heavily animated by the life of landscape, once again draws on language to explore the nuances of the relationship between photography, memory, and place:

»In an immigrant society like this one, we are often divided from our forebears less by distance than by language, generations before us having thought, sung, made love, and argued in dialects unknown to us now. In Wales, for example, Welsh is spoken by barely 20 percent of the population, so we can only hope that the evocative Welsh word hiraeth will somehow be preserved. It means “distance pain,” and I know all about it: a yearning for the lost places of our past, accompanied in extreme cases by tuneful lamentation (mine never got quite that bad). But, and this is important, it always refers to a near-umbilical attachment to a place, not just free-floating nostalgia or a droopy houndlike wistfulness or the longing we associate with romantic love. No, this is a word about the pain of loving a place.

Contemporary Welsh-speakers have continued that expression, linking memory and landscape most vividly in R. W. Parry’s sonnet in which the longed-for landscape communicates to the human heart, “the echo of an echo… the memory of a memory past.”

With an eye to her own heritage as a displaced Southerner, Mann adds:

Looking through my long photographic and literary relationship with my own native soil I can perceive a definite kinship with those fakelorish bards wailing away about their place-pain. 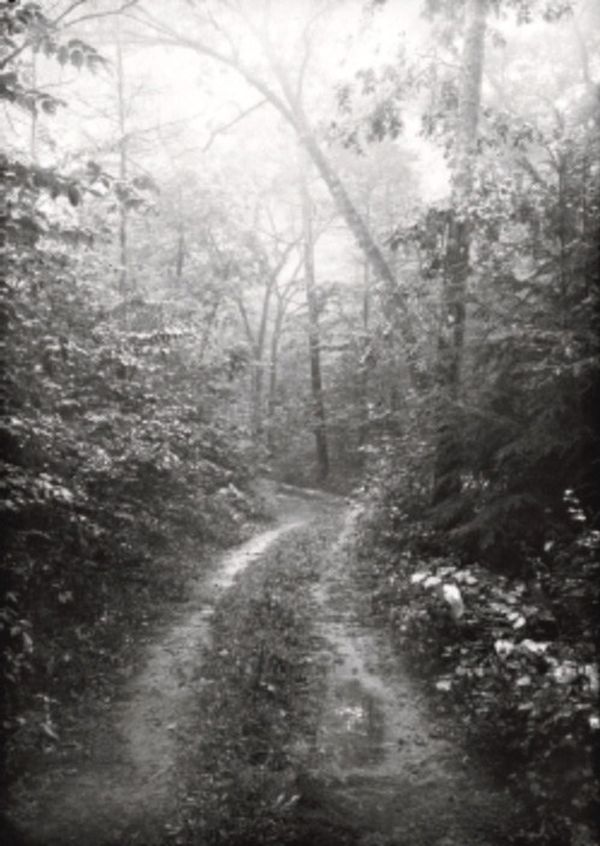 A generation after Susan Sontag admonished against the “aesthetic consumerism” of photography, Mann invites us to confront these commodifications of memory that we have come to take for granted:

Before the invention of photography, significant moments in the flow of our lives would be like rocks placed in a stream: impediments that demonstrated but didn’t diminish the volume of the flow and around which accrued the debris of memory, rich in sight, smell, taste, and sound. No snapshot can do what the attractive mnemonic impediment can: when we outsource that work to the camera, our ability to remember is diminished and what memories we have are impoverished.

Contemplating mortality, that ultimate end-point of memory, Mann writes in a Whitman-like meditation on the ever-elusive locus of the self:

Where does the self actually go? All the accumulation of memory — the mist rising from the river and the birth of children and the flying tails of the Arabians in the field — and all the arcane formulas, the passwords, the poultice recipes, the Latin names of trees, the location of the safe deposit key, the complex skills to repair and build and grow and harvest — when someone dies, where does it all go?

In a sentiment evocative of Meghan O’Rourke’s beautiful assertion that “the people we most love do become a physical part of us, ingrained in our synapses, in the pathways where memories are created,” Mann adds:

Proust has his answer, and it’s the one I take most comfort in — it ultimately resides in the loving and in the making and in the living of every present day.

Hold Still is an intensely beautiful and layered read in its totality. Complement this particular facet with Virginia Woolf on how memory threads our lives together, neuroscientist Suzanne Corkin on how the famous amnesiac H.M. illuminates the paradoxes of memory and the self, and Susan Sontag on how photography mediates our relationship with life and death.