Beyond Mamma Mia! Hollywood courted as Greece vies for slice of movie millions Despite the success of Abba movie and The Big Blue, film-makers have failed to flock to Greece. The PM wants to change that

Nikos Giannopoulos still vividly recalls the excitement that swept the people of Amorgos when French film-makers arrived to make The Big Blue three decades ago.

“Everyone wanted to be a part of it,” says Giannopoulos, the movie’s executive producer, as he takes in the remote island’s dramatic landscape.

“It was a game changer that helped put Amorgos on the map.”

Luc Besson’s film about two free divers was a huge commercial success that went on to become a cult classic, and tourist arrivals soared. But more than a decade would elapse before blockbusters were shot again in Greece, with star-studded casts descending on the islands of Cephalonia and Skopelos in 2001 and 2008 for Captain Corelli’s Mandolin and Mamma Mia! 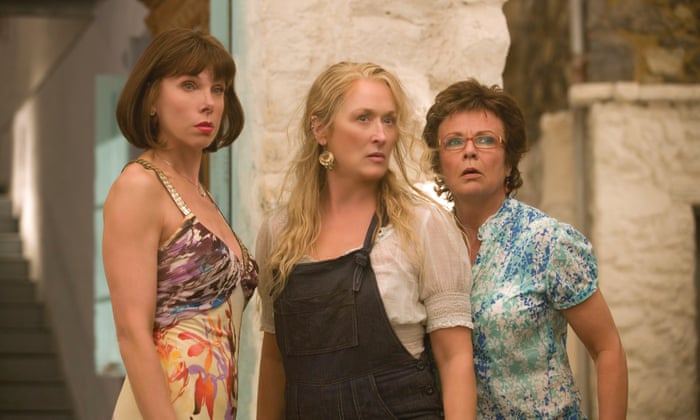 But now, as Greece shows tentative signs of economic recovery after eight years of financial tumult, authorities have acknowledged that the film industry could help offer the country a brighter future.

Last month, as the government stepped up its campaign to court Hollywood, officials made the journey to Amorgos.

“Its ridiculous that so many Greek-themed films should be shot elsewhere,” lamented the film director Andonis Kioukas, who now presides over an international film festival on the island. “There have been so many missed opportunities. In the last decade we’ve lost Alexander the Great, Troy, 300 and Mamma Mia 2. Greece could be the best open-air studio in the world … For years we’ve been saying ‘take measures to become more competitive’.”

Though cash-strapped and debt-stricken, Greece recently enacted legislation earmarking €450m from the national budget for productions over the next five years.

“Our desire is to facilitate the audiovisual industry in whatever way we can,” said Kostas Tsegas the Greek tourism board’s chief executive, addressing the mini film festival. “The multiplier effects on the economy are enormous … Large foreign productions generate an increase in the country’s GDP. Only one large production can create over 755 jobs.”

Visiting the biggest film studios outside Hollywood in Chicago last month, the prime minister, Alexis Tsipras, said the money had been set aside to provide 25% in cash rebates for expenditure by foreign producers in Greece. With the largest unemployment rate in Europe, officials now see the ever-expanding entertainment sector as a valuable source of jobs. Under the weight of its economic crisis, the country has suffered an unprecedented brain drain of its brightest and best.

“It is a national issue and there is no time for complacency,” said Lefteris Kretsos, a senior official in Athens’s leftist-led government, who accompanied Tsipras in Chicago and has overseen the legislation. “This is a global industry and whether it is feature films, TV series video games, documentaries or animation, it is growing all the time.” 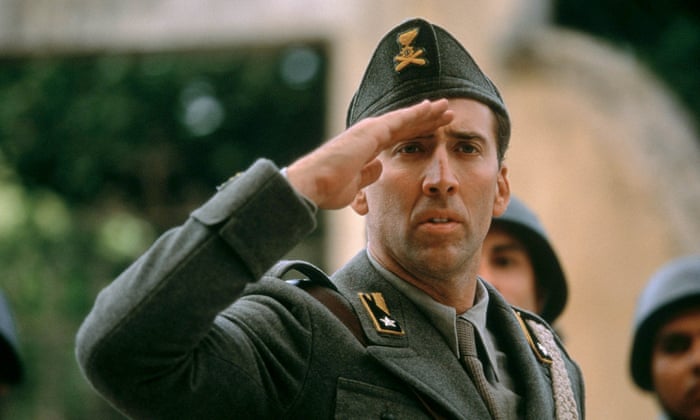 This summer the government also passed legislation to ease bureaucratic obstacles; a Hellenic film commission overseeing permits has been set up and will be expanded with regional offices nationwide.

Highlighting the hurdles that have stopped foreign film-makers working in Greece, the film director Pantelis Voulgaris last week told how Nicolas Cage had been forced to bypass tough labour laws by registering as a tambourine player in an amateur gypsy band to act in Captain Corelli’s Mandolin.

Getting around the country’s powerful archaeological council is also notoriously difficult. If a story is deemed offensive to the spirit of Greece’s ancient heritage, access to film crews is automatically denied.

“Archaeologists will often ask to read a movie script before they hand out permits to film in ancient sites and, of course, scenarios in Hollywood are top secret so that is never going to happen,” said Venia Vergou who heads the Hellenic film commission. “One of our key advantages is the hundreds of beautiful archaeological sites … A film-friendly country will always say yes to permits.”

Studies show indisputably that holidaymakers will choose a destination if a good movie is shot there. The UK and New Zealand saw tourist increases of 40% and 50% respectively in the wake of the hugely popular Harry Potter franchise and the Lord of the Rings trilogy. 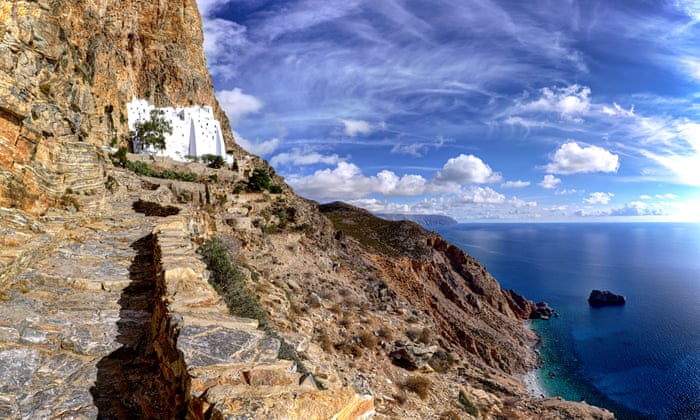 The monastery of Hozoviotissa in Amorgos island. Photograph: Lemonan/Getty Images/iStockphoto

“The impact of a film a shot in an amazing location is far bigger than a promotional campaign by a tourist board,” said Vergou, who also attended the film festival.

Mamma Mia! – with a cast that included Meryl Streep, Colin Firth, Pierce Brosnan and Julie Walters – grossed $609.8m at the worldwide box office. But despite this phenomenal success, Universal Pictures chose not to go back to Greece. Instead, its sequel, Mamma Mia! Here We Go Again was filmed in Croatia, with the island of Vis playing the part of the fictional Greek island Kalokairi where the story is set.

“It’s embarrassing that with the most beautiful physical studio in Europe we haven’t exploited our great natural assets,” conceded Kretsos. “Greece is the birthplace of storytelling, it should have done a lot more in this field.”