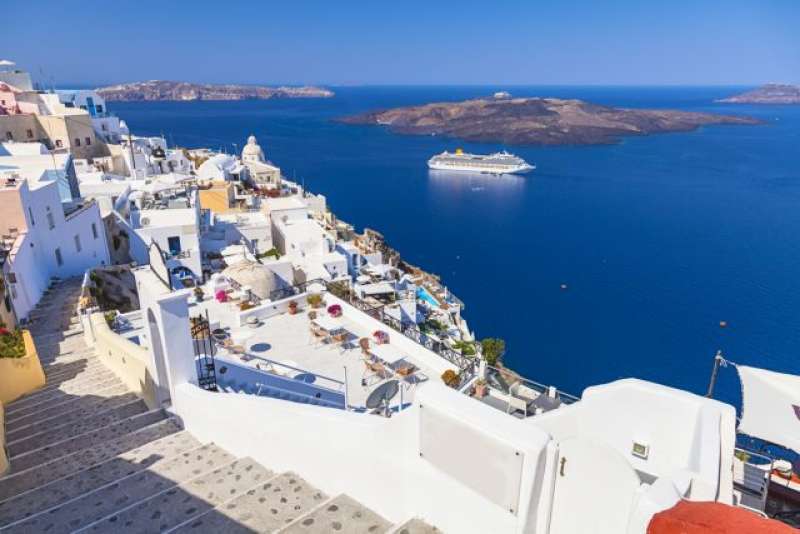 Americans are looking for villas and hotels in Greece

“This is your first chance to return to Europe… Don’t miss it,” Bloomberg News reported about American holidays in Greece.

Even before Greece announced on April 19 that it would be the first European country to host Americans – including those unvaccinated – demand for summer travel to the Aegean had risen.

The report said that Emirates announced in March that it would introduce new routes between Newark, New Jersey – one of the most important air, rail, and ferry hubs in the US – and Athens. A little later, some cruise ships announced that they would start traveling to the Greek islands in June.

As a result, the Hopper airline booking website saw a 75% increase in return searches and the Virtuoso luxury holiday network jumping 225% to new hotel bookings across the mainland and the Greek islands.

The momentum has increased, notes Bloomberg. “Greece is everyone’s Plan A,” said Paul Tumpowsky of Skylark.

“There is no doubt that opening first will catch people early in the summer, because flights are unreliable anywhere else,” he explains. “If you are hoping to make a trip to France in August, you can expect schedule changes and disruptions until the start-up policies are much clearer. At the same time, the largest airlines are flying to Athens – and it is expected that others will follow their example “, he adds.

Not only are airline tickets plentiful, but they are also more affordable than usual, with Hopper reporting an average of 25% savings on return flights from the US, compared to 2019 prices. You are expected to pay around 800 dollars if you book soon, the company says, instead of the $ 1,080 that could have been before the pandemic.

The article states that there is also optimism for the vaccination campaign in Greece while it also presents some hotels in our country.

However, there is a negative element: many travelers end up in standard destinations in Greece, regardless of what they are looking for from their vacation.

“You always feel that you have only seen the surface”, says about Greece David Pryor, owner of the luxurious Prior travel club which has just opened offices in Greece and helps visitors to discover “hidden diamonds”. Among them, the article mentions Meteora and Spetses.

“It simply came to our notice then. “I think we will have a very good summer,” Pryor concludes.