From the archive: Mary Oliver on what attention really means and her moving elegy for her soul mate 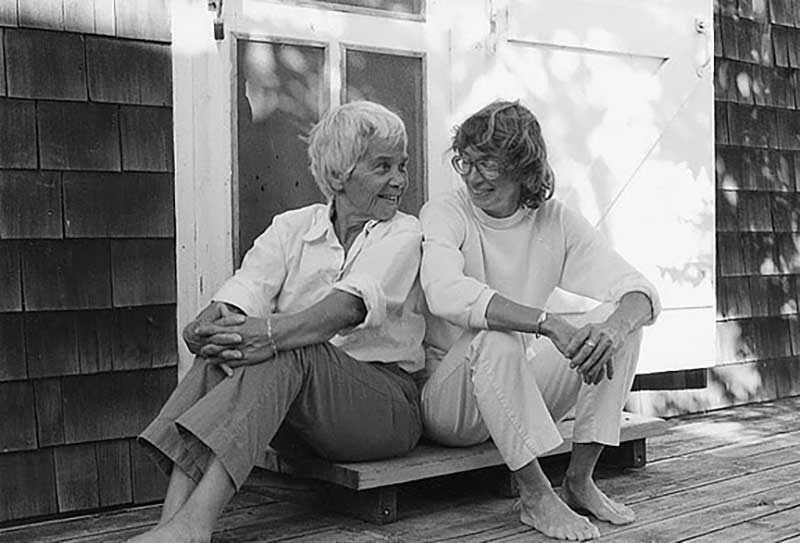 “Attention without feeling … is only a report.”

Mary Oliver is one of our era’s most beloved and prolific poets — a sage of wisdom on the craft of poetry and a master of its magic; a woman as unafraid to be witty as she is to be wise. For more than forty years, Oliver lived on Cape Cod with the love of her life, the remarkable photographer Molly Malone Cook — one of the first staff photographers for The Village Voice, with subjects like Walker Evans and Eleanor Roosevelt, and a visionary gallerist who opened the first photography gallery on the East Coast, exhibited such icons as Ansel Adams and Berenice Abbott, and recognized rising talent like William Clift. (She was also, living up to her reputation as “a great Bohemian American,” the owner of a bookshop frequented by Norman Mailer and occasionally staffed by the filmmaker John Waters.)

When Cook died in 2005 at the age of eighty, Oliver looked for a light, however faint, to shine through the thickness of bereavement. She spent a year making her way through thousands of her spouse’s photographs and unprinted negatives, mostly from around the time they met, which Oliver then enveloped in her own reflections to bring to life Our World (public library) — part memoir, part deeply moving eulogy to a departed soul mate, part celebration of their love for one another through their individual creative loves. Embraced in Oliver’s poetry and prose, Cook’s photographs reveal the intimate thread that brought these two extraordinary women together — a shared sense of deep aliveness and attention to the world, a devotion to making life’s invisibles visible, and above all a profound kindness to everything that exists, within and without.

Oliver — who refers to Cook simply as M. in most of her writings — reflects in the opening essay:

Though you have known someone for more than forty years, though you have worked with them and lived with them, you do not know everything. I do not know everything — but a few things, which I will tell. M. had will and wit and probably too much empathy for others; she was quick in speech and she did not suffer fools. When you knew her she was unconditionally kind. But also, as our friend the Bishop Tom Shaw said at her memorial service, you had to be brave to get to know her.

She was style, and she was an old loneliness that nothing could quite wipe away; she was vastly knowledgeable about people, about books, about the mind’s emotions and the heart’s. She lived sometimes in a black box of memories and unanswerable questions, and then would come out and frolic — be feisty, and bold.

Oliver writes of the affair Cook had in the late 1950s, shortly before they met:

She had … an affair that struck deeply; I believe she loved totally and was loved totally. I know about it, and I am glad… This love, and the ensuing emptiness of its ending, changed her. Of such events we are always changed — not necessarily badly, but changed. Who doesn’t know this doesn’t know much.

The following year, Cook met Oliver and they remained together, inseparable, for more than four decades. That encounter — which calls to mind the fateful first meetings that occasioned such iconic literary couples as Gertrude Stein and Alice B. Toklas or Sylvia Plath and Ted Hughes — took place at Steepletop, the home of Edna St. Vincent Millay, where Oliver had landed the day after her high school graduation at the age of seventeen and stayed for several years.

One evening in 1959, when Oliver was twenty-four and Cook thirty-four, the young poet returned to the house and found the photographer sitting at the kitchen table with a friend. She describes their encounter with her signature elegance of unpeeling the mundane to reveal the momentous:

I took one look and fell, hook and tumble. M. took one look at me, and put on her dark glasses, along with an obvious dose of reserve. She denied this to her dying day, but it was true.

Isn’t it wonderful the way the world holds both the deeply serious, and the unexpectedly mirthful?

It turned out that Oliver and Cook, in their regular lives beyond Steepletop, lived right across the street from each other in New York’s East Village. So they began to see one another “little by little,” and so their great love story began.

But perhaps the greatest gift of their union was the way in which they shaped each other’s way of seeing and being with the world — the mutually ennobling dialogue between their two capacities for presence:

It has frequently been remarked, about my own writings, that I emphasize the notion of attention. This began simply enough: to see that the way the flicker flies is greatly different from the way the swallow plays in the golden air of summer. It was my pleasure to notice such things, it was a good first step. But later, watching M. when she was taking photographs, and watching her in the darkroom, and no less watching the intensity and openness with which she dealt with friends, and strangers too, taught me what real attention is about. Attention without feeling, I began to learn, is only a report. An openness — an empathy — was necessary if the attention was to matter. Such openness and empathy M. had in abundance, and gave away freely… I was in my late twenties and early thirties, and well filled with a sense of my own thoughts, my own presence. I was eager to address the world of words — to address the world with words. Then M. instilled in me this deeper level of looking and working, of seeing through the heavenly visibles to the heavenly invisibles. I think of this always when I look at her photographs, the images of vitality, hopefulness, endurance, kindness, vulnerability… We each had our separate natures; yet our ideas, our influences upon each other became a rich and abiding confluence.

I don’t think I was wrong to be in the world I was in, it was my salvation from my own darkness. Nor have I ever abandoned it — those early signs that so surely lead toward epiphanies. And yet, and yet, she wanted me to enter more fully into the human world also, and to embrace it, as I believe I have. And what a gift [that she] never expressed impatience with my reports of the natural world, the blue and green happiness I found there. Our love was so tight.

To lose the love of one’s life is something few have dared to live in public — the most memorable such bravery being Joan Didion’s — but Oliver brings to death’s darkness her familiar touch of emboldening light:

The end of life has its own nature, also worth our attention. I don’t say this without reckoning in the sorrow, the worry, the many diminishments. But surely it is then that a person’s character shines or glooms.

Oliver ends with a breath-stopping prose poem that brings full-circle her opening reflections on never fully knowing even those nearest to us — a beautiful testament to what another wise woman once wrote: “You can never know anyone as completely as you want. But that’s okay, love is better.”

All of a sudden she began to whistle. By all of a sudden
I mean that for more than thirty years she had not
whistled. It was thrilling. At first I wondered, who was
in the house, what stranger? I was upstairs reading, and
she was downstairs. As from the throat of a wild and
cheerful bird, not caught but visiting, the sounds war-
bled and slid and doubled back and larked and soared.

Finally I said, Is that you? Is that you whistling? Yes, she
said. I used to whistle, a long time ago. Now I see I can
still whistle. And cadence after cadence she strolled
through the house, whistling.

I know her so well, I think. I thought. Elbow and an-
kle. Mood and desire. Anguish and frolic. Anger too.
And the devotions. And for all that, do we even begin
to know each other? Who is this I’ve been living with
for thirty years?

Our World is a sublime read in its entirety — the kind that enters the soul like a deep breath and remains there as an eternal exhale. Complement it with Oliver on how rhythm sweetens life and her beautiful reading of her poem “Wild Geese.”