Overtourism: too much of a good thing 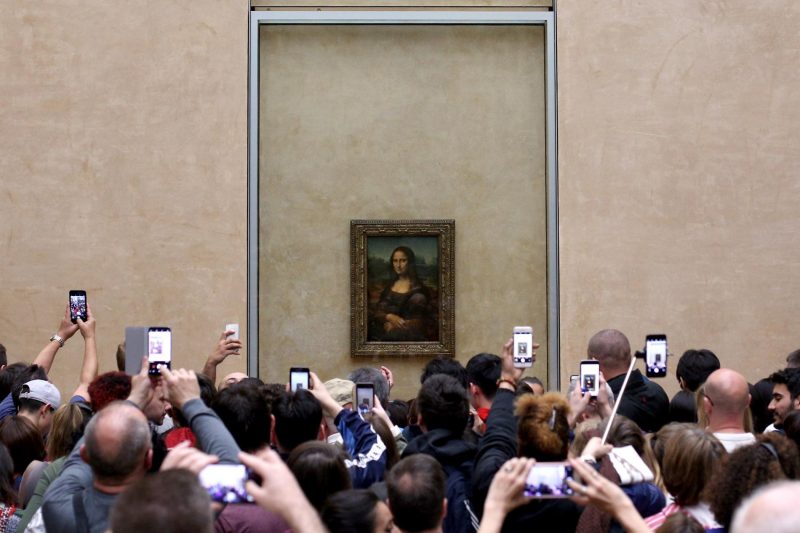 The global tourism boom isn’t slowing down. What can travelers do to keep things in balance and aid in sustainability?

Reykjavík isn’t what it used to be. The Icelandic capital’s main shopping street, Laugavegur, now belongs to tourism. Shops bill themselves in English, not Icelandic: Icemart, Chuck Norris Grill, a “Woolcano” gift shop. A lone hardware store has survived the wave of touristification.

The term “overtourism”—too many tourists—has been moving from travel-industry jargon into the mainstream, propelled by such flash points as Venice, Amsterdam, and Barcelona, where exasperated locals unfurled “TOURIST GO HOME” banners in 2017.

The phenomenon is global and has even reached chilly, expensive Iceland—a relative newcomer to travelers’ bucket lists. Travel media have affixed the overtourism label not just to Reykjavík but to the whole country. So when I arrive after eight years away, I am apprehensive. How bad will it be? And how can travelers be part of the solution, not part of the problem? [Find amazing alternatives to destinations experiencing overtourism.]

I first explored Iceland as a recent college grad in 1973, entranced by vast scenery, the modern culture with its Old Norse language, and the in-your-face volcanic geology. I kept coming back, making my previous visit in 2010, right before the tourism boom. By 2017, Iceland was drawing over two million visitors annually—six times its national population. 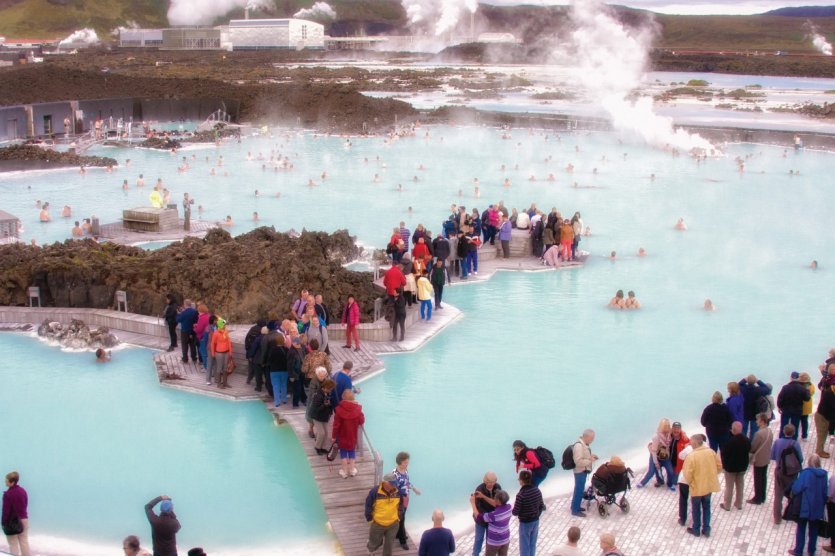 The Blue Lagoon may be one of Iceland’s most popular attractions, but author Jonathan Tourtellot says it’s actually the one place in Iceland he’s not worried about. “It’s entirely artificial, well managed, handy to the airport, and expensive,” he says.

When does such a fast-rising tide become an unacceptable tsunami? For Icelanders who are not making money from tourism—and even for those who are—overtourism means disruption to their lives and their city. “The Reykjavík center is all hotels and Airbnbs now,” says my friend Ingibjörg Eliasdóttir. “Downtown is out of hand. Real estate prices have gone up so high that students can’t afford to live here anymore.”

The tourism flood would have arrived sooner or later. The number of international trips taken each year worldwide has gone from some 25 million in the 1950s, right before the commercial jet age began, to 1.3 billion in 2017. International arrivals are projected to reach a possible three billion by 2050. Yet the sights and places all these people visit remain the same size.

Causes of the tourism surge reportedly range from easier border crossings and cheap regional carriers to subsidized airline fuel and Airbnb, which increases a destination’s accommodations capacity. Look deeper, though, and you find three powerful trends. First, Earth’s population has nearly tripled since the 1950s, when mass tourism was just getting started. Second, affluence is growing even faster, with the world’s middle class expected to reach 4.2 billion by 2022. Third, technological changes from GPS and social media to wide-body jets and towering cruise ships carrying town-size populations have revolutionized travel.

I once complained to the CEO of a major cruise line about how each ship disgorges thousands of passengers into the confined medieval streets of Dubrovnik, Croatia. “Don’t people have a right to visit Dubrovnik?” he countered. Perhaps, but when people keep arriving in groups of 3,000, it profoundly changes a place.

Airlines can boost heavy traffic as well. Icelandair’s free-stopover offers put hundreds of tourists daily on the accessible Golden Circle route, which takes in the historic site of Thingvellir, the Gullfoss waterfall, and geothermal Geysir. The first two are large enough to handle several hundred visitors, but compact Geysir shows signs of overtourism—trash, overcrowding, and a tourist-trap sprawl mall right across the road.

This fast-growing mass travel poses real threats to natural and cultural treasures. Wear and tear on fragile sites is one issue. So is cultural disruption for local people. And visitors receive a degraded experience. [Discover 6 ways to be a more sustainable traveler.]

Pressure for change comes less from tourists than from locals and preservationists. Officials in Barcelona, one of the world’s busiest cruise ports, have promised tighter controls on mass tourism, short-term apartment rentals, hotel development, and other challenges. Dubrovnik has plans to restrict the number of ships that can dock. Italy’s Cinque Terre has put limits on hikers. Amsterdam is focusing on tourist redistribution techniques. In Asia, where tourism growth is rampant, governments have closed entire islands to allow recovery, such as on overbuilt Boracay in the Philippines and overtrodden Koh Tachai in Thailand. As for Iceland, the government has launched a Tourist Site Protection Fund, and Reykjavík has banned permits for new hotel construction downtown.

The low sun casts long shadows, revealing the magnitude of the crowd size around the Strokkur Geyser in Iceland. / PHOTOGRAPH BY ARCTIC IMAGES, ALAMY STOCK PHOTO

Destination stakeholders are not the only ones who can take action. What can a smart traveler do?

When you arrive in a place, you become part of that place. Where you go, what you do, how you spend, whom you talk to: It all makes a difference. Try to get out of the tourist bubble and see how locals live. Treat every purchase as a vote. In Iceland, María Reynisdóttir of the national tourism bureau suggests looking for the official quality label Vakinn when buying souvenirs or booking lodgings.

Booking an Airbnb listing with a friendly host can add depth to your stay, but avoid hosts who peddle multiple units bought just for short-term rentals. That practice can boost property values beyond what locals can afford.

Tell tourism authorities what you think. They worry about reputation. Post online reviews about whether you think the destination is doing a good job of managing tourism.

Earth is a big place, and much of it is still undervisited. In Iceland this past August, my wife and I headed north to see where a sign-posted route called the Arctic Coast Way will open in June 2019. Here, far from Reykjavík and well beyond the tour buses relentlessly plying Route 1, we drive past fjords touched by fingers of fog and mountainsides laced with waterfalls.

Just short of the Arctic Circle we stop at the Guest-house Gimbur, empty except for us. “Mid-August is the end of the season,” explains our hostess, Sjöfn Guðmundsdóttir. Relaxing in her hot tub, watching a lingering sunset at the southernmost reaches of the Arctic Ocean, I reflect on something else she said: “Slow tourism is my motto.” It can be yours too.