Rilke on inspiration and the combinatorial nature of creativity 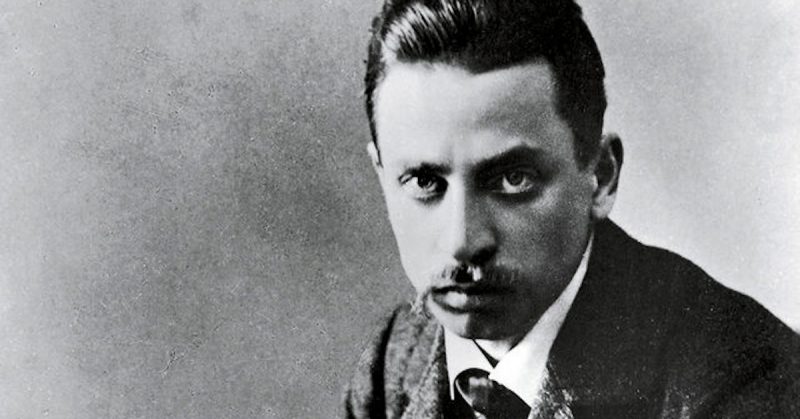 “One must have memories of many nights of love, none of which was like the others… One must also have been beside the dying, one must have sat beside the dead in the room with the open window…”

The task of creative work is to weave something new and wonderful out of the tattered threads of culture and convention. On the enchanted loom of the mind, our memory and experience, our personal histories and cultural histories, interlace into a particular pattern which only that particular mind can produce — such is the combinatorial nature of creativity.

In describing the machinery of his own mind, Albert Einstein called this interweaving “combinatory play.” It cannot be willed. It cannot be rushed. It can only be welcomed — the work of creativity is the work of bearing witness to the weaving.

The inner workings of that unwillable loom, which we often call inspiration, is what Rainer Maria Rilke (December 4, 1875–December 29, 1926) explores in a beautiful passage from his only novel — the semi-autobiographical The Notebooks of Malte Laurids Brigge (public library), which also gave us Rilke on the essence of art.

Decades before pioneering psycholinguist Vera John-Steiner noted that “in the course of creative endeavors, artists and scientists join fragments of knowledge into a new unity of understanding,” Rilke writes:

For the sake of a few lines one must see many cities, men and things. One must know the animals, one must feel how the birds fly and know the gesture with which the small flowers open in the morning. One must be able to think back to roads in unknown regions, to unexpected meetings and to partings which one has long seen coming; to days of childhood that are still unexplained, to parents that one had to hurt when they brought one some joy and one did not grasp it (it was a joy for someone else); to childhood illness that so strangely began with a number of profound and grave transformations, to days in rooms withdrawn and quiet and to mornings by the sea, to the sea itself, to seas, to nights of travel that rushed along on high and flew with all the stars — and it is not yet enough if one may think of all of this. One must have memories of many nights of love, none of which was like the others, of the screams of women in labor, and of light, white, sleeping women in childbed, closing again. But one must also have been beside the dying, one must have sat beside the dead in the room with the open window and the fitful noises.

More than half a century before neurologist Oliver Sacks enumerated “forgetting” among the three essential elements of creativity, Rilke adds:

And still it is not enough to have memories. One must be able to forget them when they are many, and one must have the great patience to wait until they come again. For it is not yet the memories themselves. Not until they have turned to blood within us, to glance, to gesture, nameless and no longer to be distinguished from ourselves — not until then can it happen that in a most rare hour the first word of a verse arises in their midst and goes forth from them.

Complement The Notebooks of Malte Laurids Brigge with Rilke on what it takes to be an artist, the life-expanding value of uncertainty, how great sadnesses bring us closer to ourselves, and what it really means to love, then revisit physicist David Bohm on creativity and Lou Andreas-Salomé — the world’s first woman psychoanalyst and Rilke’s great muse — on overcoming creative block.