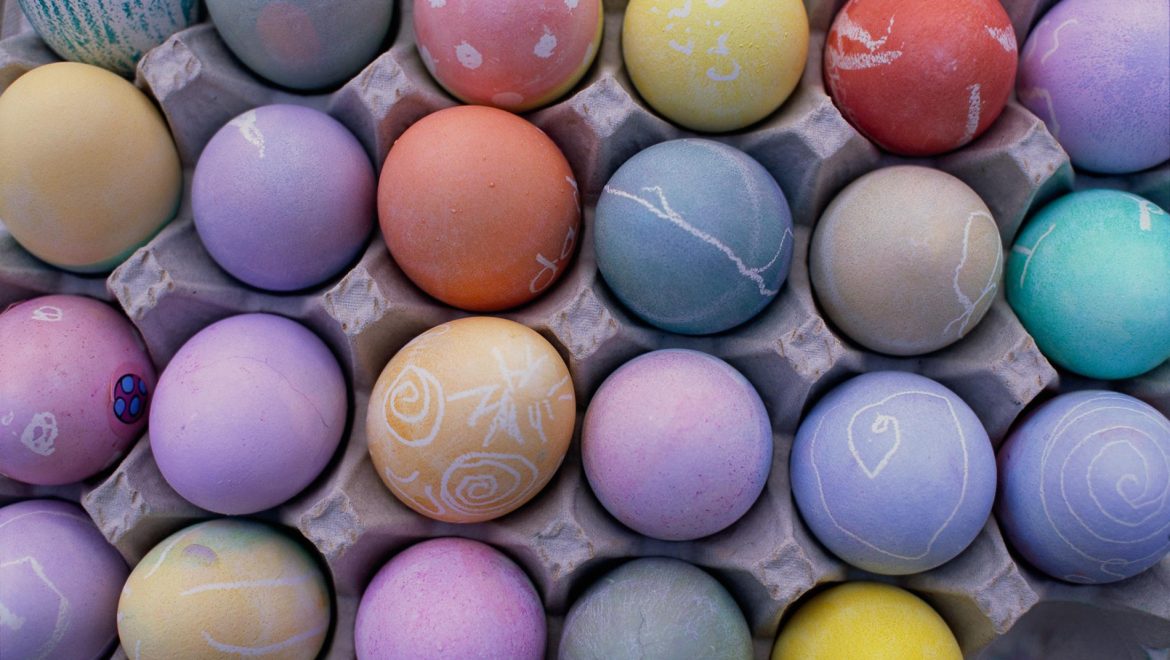 April 1 marks the Christian holiday of Easter this year, which summons thoughts of dyed eggs, elaborate parades, religious theater, and chocolate bunnies. The holiday celebrates the resurrection of Jesus Christ, but it also has roots in the start of spring (hence, bunnies and eggs).

Today, Christians recognize Easter on the first Sunday after the first full moon of spring, but there wasn’t always a unified idea of when it should be. In the third century, Easter was determined by the Jewish holiday of Passover, observed two weeks after the first full moon of spring. Christians celebrated Easter shortly after Passover, but different regions celebrated it on different days. In A.D. 325, the Christian Church established a unified Easter—which continues to the present.

For many Christians, celebrations don’t start with Easter; they start the week before, during Holy Week, the last week of Lent. The days of the Holy Week represent milestones of Jesus’ life: Palm Sunday is his entry into Jerusalem, Maundy Thursday his last supper, Good Friday his crucifixion, and Easter Sunday his resurrection. And so the holiday carries echoes of a somber and profoundly religious death—and the renewal of life. Women perform a traditional Easter dance in Megara, Greece, in this autochrome photo from a National Geographic published in 1930. A teenager poses in Nazarene costume for a Good Friday procession in Bayamón, Puerto Rico. The photo appeared in a 1951 National Geographic. Women in traditional dress share eggs that say “Happy Easter” in German. The photo, taken in Stinatz, Austria, appeared in a 1959 National Geographic. Students march to a cathedral bearing crosses for Easter. The photo appeared in a 1969 National Geographic article about Chartres, France. A man encourages his son before his first Holy Week procession in Valladolid, Spain, in this 1978 National Geographic photo. Children meet the Easter bunny on an egg hunt in Fairfield, Connecticut (although this holiday mascot looks more like the rabbit from the movie Donnie Darko). A Greek Cypriot National Guardsman stands outside a church in Limassol, Cyprus, in this 1993 National Geographic photo. People stand near a street mural of a shepherdess during a Holy Week procession in Ayacucho, Peru. The words “Paz y Amor”—Peace and Love—float over her head in this 1996 National Geographic photo. A woman passes by an altar erected for Easter in Oaxaca, Mexico. These eggs are ready to be hidden on Easter morning in Lincoln, Nebraska. Actors perform the Procession of Verges, a reenactment of the life and death of Jesus Christ, in Verges, Spain, a few days before Easter. The final act is called the “Dance of Death.” Performers wait to reenact Jesus’ walk to Golgotha along the Via Dolorosa on Good Friday in Jerusalem. Easter eggs, cakes, and candles sit outside Saint Michael’s Church in Vorkuta, Russia, in this 2009 National Geographic photo. The church priest will bless the parishioner’s sweets. The soft glow of candles light a Good Friday service in the Cathedral of St. James, a 12th-century Armenian church in Jerusalem.