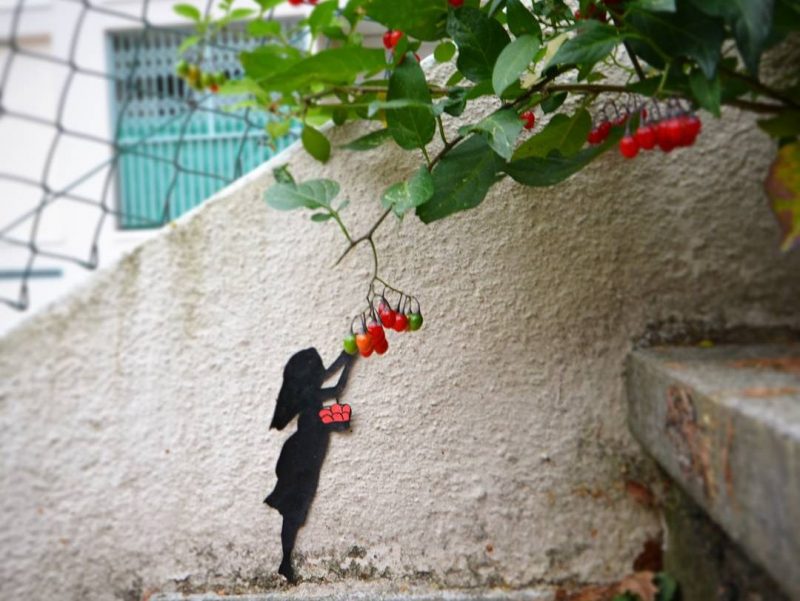 Street artist Oakoak (previously) continues his clever street interventions, cracking visual jokes by combining urban architectural details with well-placed painted additions. Oakoak’s eye for such juxtapositions might be explained, in part, by his former career in urban planning. His interventions often incorporate wildlife or pop culture icons, like a bullfrog’s bulging throat formed from a manhole, or the video game character Mario bounding out of a drain pipe. The French artist’s first show in Spain just opened on March 1 at Montana Gallery in Barcelona, and is up until April 21, 2018. You can also follow his work on Instagram and Facebook.