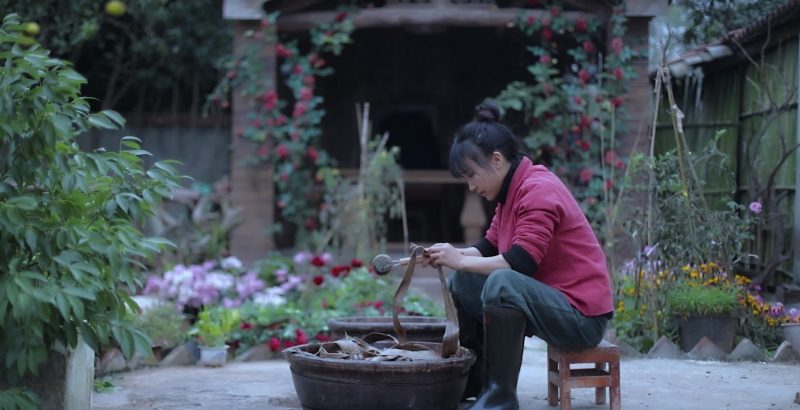 Chinese vlogger Li Ziqi films her videos in the serene countryside of China, demonstrating step-by-step instructions for making traditional recipes such as fresh pomelo honey and Lanzhou beef noodles. In one of her most recent videos Li presents the days long process of traditional Chinese paper making, a process which can be traced back to the early years of the Han Dynasty sometime within the 2nd century BC.

The soothing video weaves together the necessary steps for making paper from scratch. During the video Li strictly adheres to the ancient process, using only basic tools such as fire and a mortar and pestle to transform the raw bark. After cutting down a few trees for the paper, Li then cuts and mashes the trunks into pulp, solidifying the consistency of the solution through several rounds of soaking and drying. You can watch the entirety of the demonstration above (along with a surprising twist ending), and view more of Li’s relaxing instructionals on her Youtube channel. (via Laughing Squid)