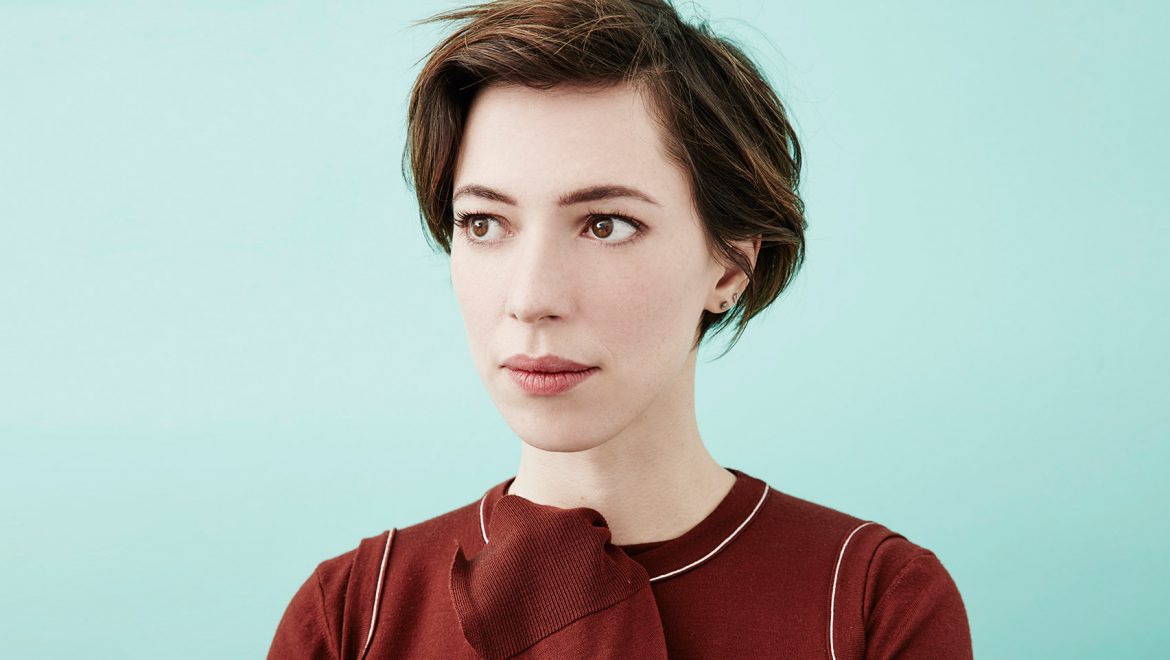 Ms. Hall, would you say that movies and theater are a form of time travel?

How does that change when you’re acting in a period piece yourself?

Well, actors live in a very rich fantasy life, and one of the benefits is that you get to find out what would it be like to live in a different time. Of course that’s fun. But I don’t know that you should treat a period as a historical artifact. You kind of have to look at the script and sort of work out what is important to represent… But I guess when you explore stories that take place in other time frames, you realize how people are still people.

“I wanted to have idols who were grown up women, who were strong women.”

What do you mean?

They sort of reveal the universality because you get to see how little has changed — or how much has changed. I was always quite an avid history student at school and I found it fascinating because your perception of how different people were is challenged when you actually look at it. In the 1920s, when Professor Marston and the Wonder Women was set, for example, society was very hostile to these unconventional relationships and towards women…

But people pushed back against those conventions all the time.

Right, there were huge movements of radical ways of living your life! You can’t quite fathom that people could be so radical in the 1920s. But they were! History tends to go through waves of sort of extreme freedom and social relationships followed by backlash and then back again… And I find that quite interesting to look at.

I read that growing up, you admired actresses like Barbara Stanwyck and Bette Davis.

I mean, that period in Hollywood was incredibly restricted and oppressive for female actors. You signed a contract and you were forced to do whatever they told you to do. But it was also a moment where the box office was driven by films that had very strong women in them. When I was a teenager, I didn’t necessarily see those stories around me but I did see them in the thirties, forties, fifties, and sixties with those women. They were just incredibly empowered in circumstances which weren’t very empowering — and I wanted to have idols who were grown up women, who were strong women.

Is that strength something you look for in the roles you choose these days?

Well, I like to take on big characterizations and I like to disappear in roles and do things which don’t obviously feel like me or that I don’t necessarily obviously relate to. But it’s always me so at the end of it all, I learn something about myself. Any character I play reveals things that I didn’t know about myself because it’s all me. I don’t think really good acting calls attention to itself; it should be so human that you stop seeing the actor and you just see the story… So with women like Barbara Stanwyck and Katherine Hepburn and Bette Davis, you know, I found them very inspirational in that sense. I was drawn to them.

What do you think made that the Golden Age of cinema?

I don’t know that it was necessarily the Golden Age of cinema but I suppose it was a golden age for women because coming out of World War II, women had a moment where they had a very different place in American society because they’d gone into the workplace for the first time. They’d been left at home and they were the incredible strength, these women, who survived on their own, certainly in England but also in America. And I think that shows up in the storytelling. There was definitely an interest in stories back then.

“Whenever there’s a time of social or political upheaval, art tends to be quite exciting and vibrant.”

Whereas today, Hollywood seems only interested in remaking old classics and sequels.

Exactly, and I think it portrays a lack of trust in writing and original material. I think it’s unfortunate. I think we should all be more risky. You know, everyone wants to do things by a formula because then maybe it has a better chance of making money, but the truth is none of us know anymore what brings people into the cinema and what makes money! I think we should throw all the models out the window and get on with being risky. I think there should be more room for original writing.

Is that based on fear, do you think?

Movies are an enormous industry and it’s just a basic sort of… Nobody has any sense of what’s going to be a hit and what’s not — so everyone wants to try and second guess the formula but nobody can. I read lots of great original writing all the time, but it just can’t get made. No one will give it the money! I don’t think the problem is in the writing. I think the problem is in the people who are writing the checks not willing to take the risk.

One thing is for sure, nobody will consider a Baywatch or a Jumanji remake as part of the contemporary Golden Age…

I actually think we’re just in a transitional period. I think we’re transitioning out of a sort of tentpole period into a period that’s starting to be shifted by different factors like how people are watching movies, for example. But I don’t know! I don’t know where we’re going but I do feel like there’s more content than ever and people want stories more than ever. People need fiction and escapism and all the things that movies have always been good for. Whenever there’s a time of social or political upheaval, art tends to be quite exciting and vibrant. And I think we’re transitioning into that actually.