ΑρχικήNews in EnglishHow many of us still read a book in bed? 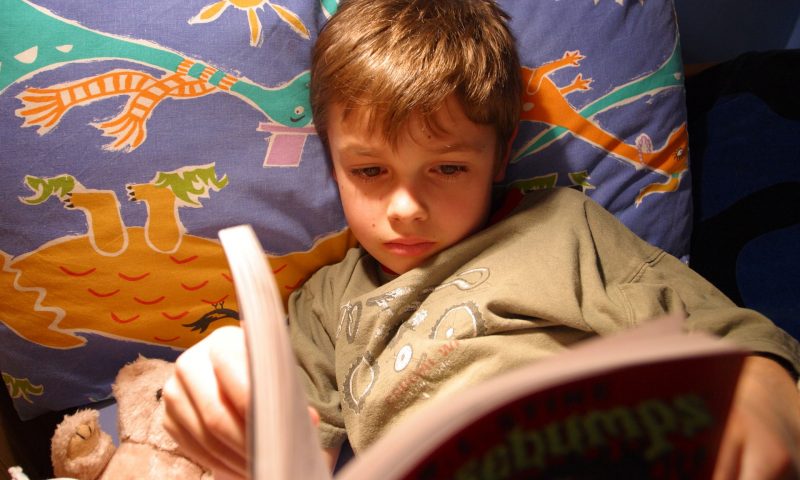 Once I couldn’t sleep until I’d read 30 pages of a novel. Now I watch the news until late

Someone should write a history of reading in bed. There is already a marvellous A History Of Reading by Alberto Manguel, but I’m thinking of the whens and whys of bedtime reading in particular: how long it’s been going on, the difference electricity made, the dawn and demise of privacy, whether taking a book to bed is rarer now, in an age of multiple distractions, than it was.

Sounds a lot, but it would turn out to be a brief history. Universal literacy isn’t that old. Nor is the luxury of sleeping alone. Couldn’t have been much fun when there were five of you on a mattress, one guffawing over Smollett while another was calling hysterically for Heathcliff and the candle was going out. Unless it was another sort of fun altogether. And now that we have the wherewithal to read uninterrupted through the night, how many of us avail ourselves of it?

I point no accusing finger. It’s an age since I last read a book in bed. Once I couldn’t sleep until I’d managed at least 30 pages of a novel. True, a sleep in the arms of Elizabeth Bennet or The Lady With The Little Dog was sweeter than one in which I sailed into the Heart Of Darkness or stole a file for Magwitch, but a word-induced sleep was deep either way. Now I watch the news until late. Others raid their collection of box sets. Neither ministers to a good rest. Better The Sopranos than Trump for Dummies (or should that be Dummies for Trump?), but it still isn’t like curling up with a good book. I don’t say the difference is qualitative, only that there’s an intimacy in bedtime reading that might have something to do with the pillows and the sheets, but is more about what happens when you move your eyes across a page.

Words keep any reader busy any time, but you feel you’ve earned your sleep when you’ve wrestled with the angel of meaning at the end of a long day. No matter how intense the internal struggle, a person reading in bed gives off an aura of achieved calm. Let’s be honest: to see the ones we love sitting up in bed in flannel pyjamas, turning pages by candlelight, afloat on the beneficence of words, beats watching them on the edge of their seats, biting their knuckles and swilling vodka, wondering how the next drug deal will go down.

I think of my mother – once a great reader in bed – and my father who never read a word, sleeping peacefully by her side, made safe by the knowledge that while she was somewhere else in her head, in body she was with him, only a page away.