ΑρχικήNews in EnglishWes Anderson «We are usually doing it one way» 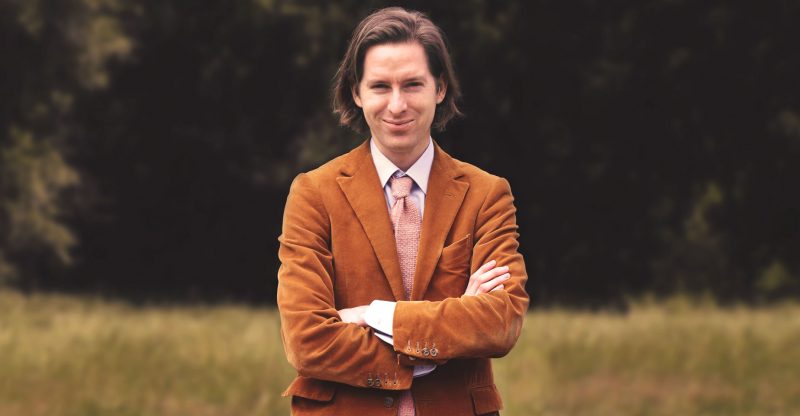 Mr. Anderson, do you see your films as self-contained worlds where you are in control of everything?

Or when you think of Robert Altman, for instance. His whole approach, his whole method of filming was designed to capture spontaneous moments that he could then shape and organize later. What he was really interested in, from actors anyway, were the accidents and what he doesn’t shape, where he just steps back and lets something grow. But at the same time I think he was probably also very much a kind of conductor. So it’s not controlling, but nevertheless guiding and shaping to the same effect… So maybe that’s what all art does.

But your movies are more controlled and designed than most.

Definitely a lot more designed than an Altman movie. A lot of the time we have built something to play our scene, and we really haven’t built anything outside of the frame. This is the way we’re going to do it, because that’s all there is and that’s all there is going to be! And we’re probably not going to have another choice when the time comes. But over the years I may have gotten more planned with how these movies are going to be filmed. It works better for me. I hope that the actors don’t feel trapped.

“I don’t want to have an invisible style, but I don’t care about having a trademark.”

Did you ever have an actor that couldn’t deal with your style of directing?

One of the most challenging and best actors I worked with, many years ago, was Gene Hackman. He was not a relaxed, comfortable person in my company, but he did like a complicated shot where you have to be here and here and where there is a challenge for him. He liked the idea of doing a scene where you do something here and then you have to run around the back of something and appear somewhere else, like theater. What I hope is to create situations where the actors will be able to be alive like real people even in the context of something that is quite manufactured.

Do you want your films to be recognizable because of your style?

I don’t want to have an invisible style, but I don’t care about having a trademark. My writing and my way of staging the scenes and shooting – people can tell it’s me, but that’s not by my choice. It naturally happens. It’s just my personality as a director.

Do you ever feel time pressure when you are on set realizing some of those more complex shots?

Well, I am not usually in a situation where we can fix it later. We are usually doing it one way and we won’t be able to change the whole thing. There are a lot of things that we can fix in the cutting room, but we’ll only be able to improve what we have shot. Over the years I feel more pressure, but I don’t think it’s because someone is putting that pressure on me. It’s really more that I feel more a sense of satisfaction when we keep it organized and we have a plan and do it right.

A look at the cinematography of a Wes Anderson film.

Do you feel economic pressure for your movies to perform well?

I like to save money, I like to keep the costs down, but that’s mainly because I want to be able to make sure all the money we are spending is in the movie, it’s the part that’s up there, and nothing is wasted. As far as the movie making money, I don’t know how to influence that. I feel like there would not be much of a point in me saying, “Let’s do the movie this way, because it will be more popular.” You can’t guess. But in terms of trying to make a movie on a certain budget, Life Aquatic was very expensive and too big. Even while we were doing it I felt, “This is not appropriate for this film. It’s not going to make enough money to do this.”

That sounds like a bad thing to realize in the middle of production.

After that I’ve tried to not put myself into a situation like that again. That movie was a hard movie to make. It was 100 days of shooting and we were at sea a lot of the time. It cost 60 million dollars about ten years ago, so today it would be probably 80 million. So that’s a big budget for a movie that is quite odd. It’s not a real genre movie of any kind. But I didn’t have a clear enough understanding of it back then.

Do you usually start out with an image or a story idea?

It’s different for different ones. I remember quite well that the first movie I made was very much visual ideas. And it was not really things that were related to the story, it was more of a setting. But Grand Budapest Hotel for instance I had a character that we were very interested in. We just had a little idea for this character and a bit of a story, and I also had later the idea that I would like to do something related to Stefan Zweig.

Do figures from your own biography ever find their way into your storytelling? For example, is the father in The Royal Tenenbaums based on your father?

In The Royal Tenenbaums I was trying to use some things that happened to me, but they are very changed when they become a movie. It’s some things from my memory where I thought, “This is something of my own that I can use here.” But the father-son thing may at least have much to do with people that I have met. For many years I have had a number of different friends who are in the same age range as my father and they have quite influenced me. Some of them are real characters. So that’s maybe as much where that comes from as anywhere else.

“I don’t know if I see something slipping away. There are lots of very strong-minded, personal filmmakers and they will always do what they believe in.”

What kinds of films do you feel like you draw on the most?

The kind of movies that I want to make draw probably equally on European and American movies and maybe some Japanese or Indian, too. But the biggest are European, American, and British traditions. I am more interested in a classical kind of moviemaking. I like to be dazzled in the movies and I don’t feel I am very reserved in the way I direct. But they come from a tradition of cinema. My favorite filmmakers are people like John Huston, Orson Welles, Jean Renoir, Roman Polanski, Stanley Kubrick, Fellini, and Bergman – and that’s how I was formed as a filmmaker. Those are the biggest influences.

You also have stuck to the tradition of shooting on film and have yet to shoot a film digitally.

True, but I don’t know. In a year, in two years, I don’t know if it will be a reasonable option to shoot on film. Sometimes I see a movie now that is shot digitally and I don’t even know. I am interested in all different kinds of filmmaking. I don’t know if I see something slipping away. There are lots of very strong-minded, personal filmmakers and they will always do what they believe in.

50 things to do in Europe before you die