ΑρχικήNews in EnglishWhy Sitting at Your Computer All Day Can Wipe...

Why Sitting at Your Computer All Day Can Wipe You Out 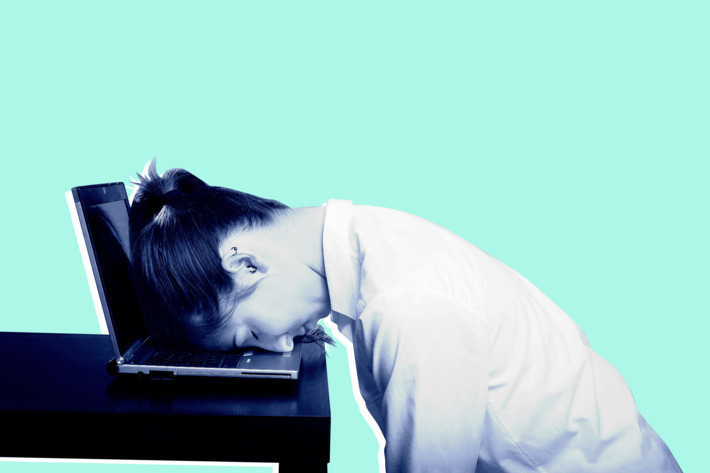 Like most days, I spent the bulk of yesterday sitting in what I’ve determined to be the breeziest corner of my apartment, typing on my laptop. I filed a story, transcribed interviews for a few hours, and sent about half a million emails, but rarely got up from my chair. Still, by late afternoon, I wasn’t just exhausted mentally, but physically, too — disproportionately so, it seemed, considering how little I’d moved. After briefly panicking that I’d fallen suddenly ill (blogging cancer?), I reached out to a couple of sleep and stress experts to tell me why it is that mental fatigue can feel so … physical.

Certain forms of tiredness can often feel more “earned” than others. I get being tired after a run, but after sending some emails? Come on. Yet Dr. Steven Feinsilver, the director of sleep medicine at Lenox Hill Hospital, stresses that mental fatigue is very much legitimate. He explains that the human body reacts to stress in many of the same ways regardless of whether the source is mental, like a difficult math problem, or physical, like running. “Your heart will pump and you’ll produce adrenaline whether somebody’s chasing you, or you’re just really upset about something,” he said. Furthermore, the brain requires a disproportionately high amount of the body’s energy, accounting for about 20 percent of the oxygen consumed by the body. “Your muscles normally aren’t sucking a lot of oxygen out of you,” says Feinsilver. “With exercise, they will. But the brain always takes a lot of your energy.” In other words, if you’re conscious, your brain demands your energy, and lots of it. Using your brain takes real, honest, physical work — it’s just not visible to us the way using our muscles to exercise is.

It’s also possible that you’re picking up some of your exhaustion from the people around you, says Dr. Curtis Reisinger, clinical psychologist at Zucker Hillside Hospital. “Emotions are pretty much contagious, so the environment you’re in can make you exhausted,” says Reisinger. “If you’re with a group of people who are all talking about how stressed and fatigued they are, over time, this will become a normative behavior for the group.” So that co-worker Slack room you’re in, where everyone complains about badly they slept, and how slowly the day is moving? Chances are good you’re picking up on those tired, restless vibes whether you realize it or not.

Forming emotional and mental responses to the stimuli around us, too, takes physical work. Here Reisinger refers to the work of Lisa Feldman Barrett, much of whose work centers on the premise that our brains create our emotions by forming predictions based on past experiences. Similarly, says Reisinger, our brains are constantly predicting what’s going to happen to us next: “[As we talk], you’re making predictions about how this interview is going, and as you go through each one of these mental simulations, your body is essentially getting activated to act as if it was really happening right then and there,” he says. “You don’t jump off the couch, but if you measure someone’s heart rate or their galvanic skin response, you’ll see that those physiological measures change, and that’s where the fatigue comes from.” By this logic, when you’re at your laptop writing, or studying for a final, your body is preparing you for the various possibilities ahead, like missing a deadline, or failing your exam, or what you might have for lunch after you finish with your work. And running through those scenarios, even mentally, can be exhausting. Perhaps unsurprisingly, Reisinger says that people with anxiety and/or depression — who may spend more time anticipating — are likely to experience this type of fatigue more acutely.

Because we’re more likely to get sick after period of heightened mental exertion, too, it’s important to treat mental fatigue with the same care we’d grant physical fatigue. Getting more (and better) sleep is part of it, says Dr. Feinsilver, but so is getting some genuinely physical exercise. “We’re animals that are designed to exercise physically as well as mentally,” he says. “Mental exertion is real, and certainly may be tiring, but I think it’s probably true that physical exertion makes it more likely that you’ll get a good night’s sleep.” And if your job (along with your commute) keeps you mostly sedentary, try to break up those large chunks of sitting time with even a little movement, perhaps with multiple trips to the water cooler. “The general rule of thumb is, at least every half hour or so you get up and take a walk down the hall, get a glass of water, do some knee bends,” says Reisinger. “People get dehydrated when they sit, and hydration is very, very important to how you feel.” There’s an easy way to make these breaks go hand in hand, too: Drink as much water as you should, and you’ll have to get up from your desk (or couch) at least once an hour to use the bathroom. Whatever you’re working on will still be there, unfortunately, when you get back.