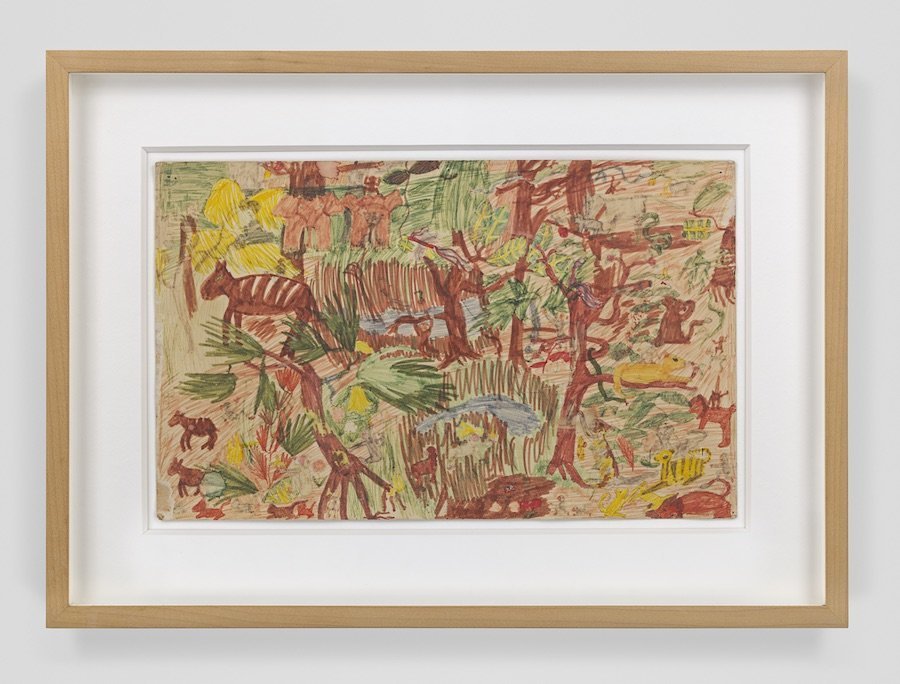 “My Kid Could Do That” underscores the importance of arts education in under-funded communities.

Arts education is currently in crisis, with over 4 million students around the country receiving no creative schooling whatsoever. Given President Donald Trump’s proposed budget cuts, including slashing the National Endowment for the Arts, the future forecast for art in schools looks grim.

An exhibition called “My Kid Could Do That” hopes to illuminate the importance of art instruction for all kids by showing the work that famed contemporary artists like Cecily Brown and Sanford Biggers made long before they were art world fixtures.

The show, featuring the work of 24 established contemporary artists, is hosted by ProjectArt, an organization that provides after-school art classes to underfunded communities by turning public libraries into visual art classrooms and studios, offering year-round instruction to students who would not otherwise have access to artistic learning.

ProjectArt was founded by Adarsh Alphons, who moved from India at 18 years old on a scholarship to study art. “In India, I used to draw a lot as a child and got in trouble because it wasn’t supported by the school system,” Alphons told HuffPost. “I was kicked out of school when I was 7 years old.”

Eventually, Alphons connected with a supportive teacher who nurtured his artistic talent and encouraged him to delve deeper into his creative practice. The effect this mentor had on Alphons, he expressed, was life-changing. Today ProjectArt holds art classes in 32 public libraries in three cities across the U.S., with plans to expand to eight cities over the next two years.

Through this innovative exhibition, the team at ProjectArt hopes to show that no artist comes out of the womb with their talent and technique fully refined. And yet most artists featured, from a young age, did show incredible curiosity, observation, experimentation and style.

Some of the featured artists created images as kids that, in some way, reflect the work they’re making as adults. Cecily Brown, for example, displayed an aptitude for capturing movement in paint from the age of 8 years old. Her student canvas, filled to the brim with abstract animals and trees, feels continually in flux, a mirage-effect her adult works contain as well.

Of course, most of the featured artists have grown a great deal since their earliest creations, including Will Cotton, known for his hyperrealist paintings of sugar-coated wonderlands. Cotton’s 1972 work, created at the ripe age of 7, depicts his house. In a statement, Cotton expressed that the drawing constitutes an early example of his interest in “observed over symbolic representation.” It also features Cotton’s signature clouds.

What helps an artist like Cotton go from boxy lime green crayon drawings to paintings that rake in over $100,000 at auction? You have one guess. ProjectArt’s show demonstrates in no uncertain terms how crucial art education is to current and future elementary school students. Not only is teaching art in schools proven to yield higher attendance and test scores, and increase likelihood of college attendance, it also ensures that the next generation will be enchanted and challenged by some stellar contemporary art.

“My Kid Could Do That” takes place on Saturday, April 29, 2017, at Red Bull Arts New York. Visit ProjectArt’s website for more information on attending or volunteering.