ΑρχικήNews in EnglishHow to Tell a True Tale: Neil Gaiman on What... 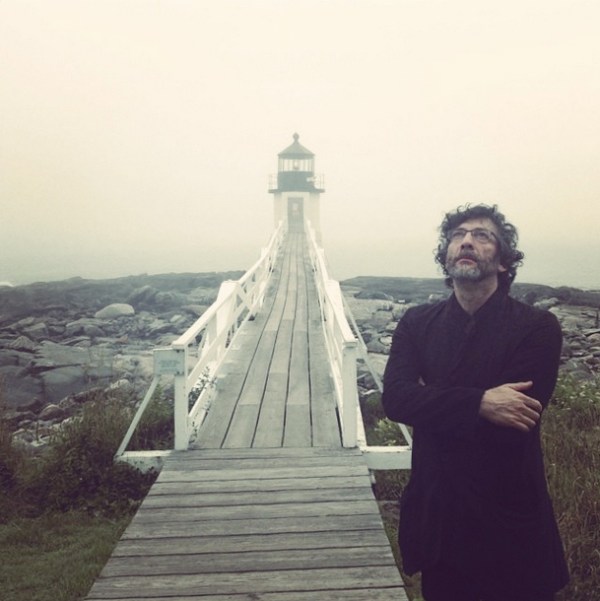 “The gulf that exists between us as people is that when we look at each other we might see faces, skin color, gender, race, or attitudes, but we don’t see, we can’t see, the stories.”

“We tell ourselves stories in order to live,” Joan Didion memorably wrote. And perhaps we live in order to tell our stories — or, as Gabriel García Márquez put it in reflecting on his own story, “life is not what one lived, but what one remembers and how one remembers it in order to recount it.” To tell a story, Susan Sontag observed in her timeless advice to writers, “is to reduce the spread and simultaneity of everything to something linear, a path.”

And yet our means of making a clearing through the chaos of events matter as much as, if not more than, the events themselves. The best of our stories are those that transform and redeem us, ones that both ground us in ourselves by reminding us what it means to be human and elevate us by furnishing an instrument of self-transcendence.

What it takes to make such a clearing is what Neil Gaiman, a writer who knows a thing or two about what makes stories last and how storytelling enlarges our humanity, examines in his foreword to All These Wonders: True Stories About Facing the Unknown (public library), celebrating a quarter century of storytelling powerhouse The Moth.

The sequel to the volume that gave us what I continue to consider the greatest Moth story ever told, this wondrous collection contains forty-five stories about courage in the face of uncertainty by tellers as varied as a cognitive scientist and an Ultra-Orthodox Jew.

Reflecting on his own improbable path into the Moth community, where storytellers tell true stories in front of a live audience and end up feeling like they have “walked through fire and been embraced and loved,” Gaiman considers what makes a great Moth story — which is ultimately a question of what it is in a human story that anneals us to one another through the act of its telling:

The strange thing about Moth stories is that none of the tricks we use to make ourselves loved or respected by others work in the ways you would imagine they ought to. The tales of how clever we were, how wise, how we won, they mostly fail. The practiced jokes and the witty one-liners all crash and burn up on a Moth stage.

Honesty matters. Vulnerability matters. Being open about who you were at a moment in time when you were in a difficult or an impossible place matters more than anything.

Having a place the story starts and a place it’s going: that’s important.

Telling your story, as honestly as you can, and leaving out the things you don’t need, that’s vital.

The Moth connects us, as humans. Because we all have stories. Or perhaps, because we are, as humans, already an assemblage of stories. And the gulf that exists between us as people is that when we look at each other we might see faces, skin color, gender, race, or attitudes, but we don’t see, we can’t see, the stories. And once we hear each other’s stories we realize that the things we see as dividing us are, all too often, illusions, falsehoods: that the walls between us are in truth no thicker than scenery.

All These Wonders is replete with wondrous true stories of loves, losses, rerouted dreams, and existential crises of nearly every unsugarcoated flavor. Complement the theme of this new anthology with Anaïs Nin on how inviting the unknown helps us live more richly, Rebecca Solnit on how we find ourselves by getting lost, and Wisława Szymborska’s Nobel Prize acceptance speech on the generative power of not-knowing, then revisit Gaiman on why we read, the power of cautionary questions, and his eight rules of writing.

For a supreme taste of The Moth’s magic, see astrophysicist Janna Levin’s unparalleled story about the Möbius paths that lead us back to ourselves.