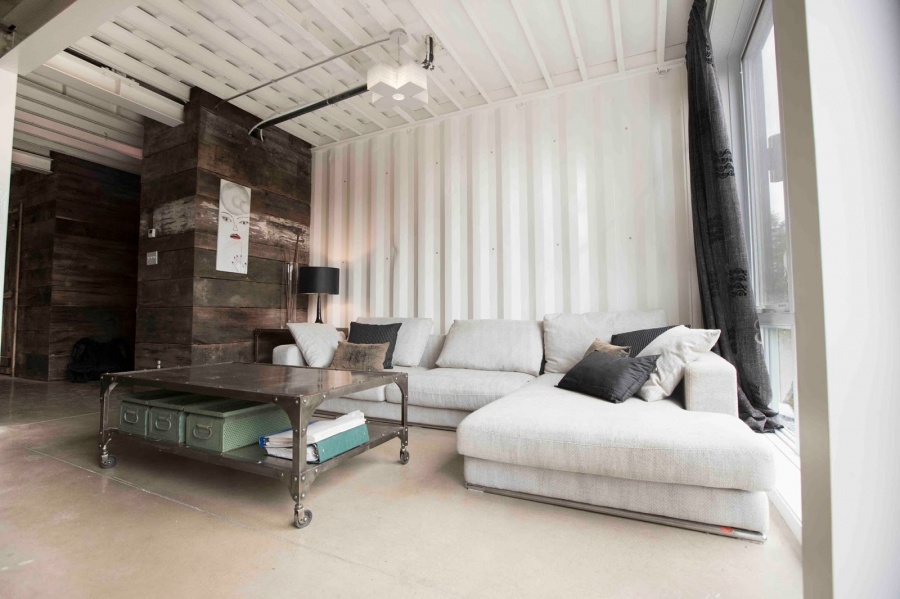 It’s well known that there are creative people out there who can build wonders out of the most unusual materials. But this woman’s idea really was breathtaking in its ingenuity. We’ve quite simply never heard of anything like it! But it just goes to show that you can create something beautiful out of the most ordinary, functional things.

Claudie Dubreuil, from the town of Mirabel, Quebec, Canada, decided to build a house out of a highly unorthodox building material. First, she found an engineering firm, from whom she ordered four large metallic shipping containers.

Inside, the house looks wonderful.

The huge panoramic windows create a glorious sense of space.

A spiral staircase has pride of place in the new house.

The kitchen is fitted out with everything anyone could ever need.

It has an electric oven, a refrigerator and an extractor fan.

Claudie dreamed of one day having a bedroom with a Bohemian theme to it. The room merges seamlessly with the bathroom and shower.

On the ground floor, you can still see parts of the shipping containers as they originally looked.

Whilst on the upper floor there’s an open area with an outside shower.