ΑρχικήNews in EnglishBen Kingsley: »I love the now, it’s all...

Ben Kingsley: »I love the now, it’s all we have» 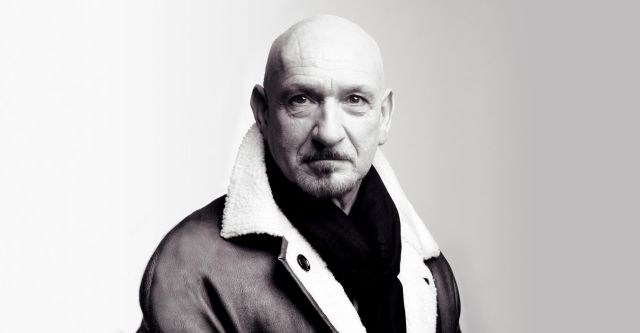 Mr. Kingsley, what does being a “Sir” mean to you?

It is a hug from England. When I am in New York or California, everyone will come up to me and smile and shake my hand and say, “I love your work,” and that is really gratifying. In England they just look at you quietly – very different. However that seeming total lack of enthusiasm for what you are doing is suddenly balanced by this title. Suddenly the Prime Minister and the Queen say, “Oh, we know you are here.” It is a wonderful balance, a beautiful hug from England.

Colleagues and agents refer to you as «Sir Ben.» Do you want people to call you that?

It became a kind of nickname. It’s like Benji. I think it’s fun.

Is it still fun to be in front of the camera?

Yes, because the moment between “action” and “cut” on a film set is, paradoxically, one of the most private places in the world. In that privacy between me and the camera there is no judgment whatsoever. The only astonishment comes afterwards when I am in the cinema and I watch something and think, “That’s not me,” but I did that.

Would you say that acting is a question of instinct and talent rather than something you can learn?

I think you can learn to say something with one gesture instead of nine. I told a director once, “On take one I give you something, on take two if I am really doing my job I give you less, on take three even less than in take two.” I don’t mean in terms of generosity, I mean in terms of fiddling around as an actor. I bet with you that take three is the best take, because all the energy is going into fiddling around, but if you can dare to be still – which is quite hard – you can be more focused. I think you can learn stillness like with certain painters and composers – and I wouldn’t elevate myself to that level – but occasionally I think actors become artists for a few seconds. A painter is doing something with one brushstroke that is brilliant but if he would add something he is lost. Or one note in a symphony, it is just astonishing, but if you had more notes next to it, it’s lost. It is that economy that we can learn.

When you offer three or sometimes more takes, how do you live with the fact that it is still the director that decides in the end?

What I do is I try and take responsibility for the takes I offer them. I think the actor has to learn that although choices are made in the editing room, choices are made with what lens is being used, if you are absolutely in character and faithful to that character in every take, whatever they do in the editing room it will be there. So the task between “action” and “cut” is to be completely and privately at one with that character and provide it. What I am allergic to is a director who says, “Just for me” or, “Could you give me,” or “One more take where you just do a little…”

What do you answer in those cases?

I say, “Of course,” and I do exactly the same as I did before. In most cases the director says, “That’s what I wanted, thank you!”

You called it fiddling around. Do you have the feeling that there is generally too much “acting” around in the theater and in the movies?

So are you ever not working? Or is your mind always busy with your parts?

I am always collecting, just putting things in my back pocket. I’m not saying that I’ll consciously put you in a film one day – unless I absolutely adore someone or they really make me angry. Then I would say I get you one day, put you in a movie and show the world what kind of a creep you are.

Tom Stoppard famously said that actors are the opposite of people. How much of that is true? When you are playing different parts how do you retain your center of gravity?

Are there warning signs?

Yeah. Maybe exhaustion for no particular reason. I do have warning signs and I pull back. Usually it means that I am doing too much, you know. I am not being economical like I said earlier. If I become economical and just stick within the essence of the story and the character, then I’m not stretching myself too much. But it is a risk.

Brando showed that you can give your best performances in extreme situations.

Yes. Me too. When I am almost snapping. It is like tuning a violin. You want that note from a string so you tune it until it almost breaks – but then you get that note. It is dangerous, but it is also sublime.

Is there anything in your artistic life that you regret?

No. Because life is good now, it is beautiful. I think we have to face the fact that everything in the past has brought us to me sitting here with you now. And if I had any regrets, it would be regretting the journey that brought me to this table. I don’t regret that journey, because I am so happy to be here now. I love the now, it is all we have.

Can now be everything?

Well, yesterday for example when I was walking around my garden, I saw how many eggs my chicken has laid and I cooked myself dinner – that was nice. I only have one chicken, but she is devoted to me.

What made you decide to get a chicken?

I like the sound. I’ve got quite a lot of land at home in the Oxfordshire countryside. She is wired off so the foxes can’t get her and I like the sound. She is a very sweet little animal. She is really nice, quite a developed personality. She gets very exited when I walk up to her, she starts running up and down.

Send my regards to her.