In response to the plastic waste issue in the Colombian Amazon, Spanish designer Alvaro Catalán de Ocón began the PET Lamp Project in 2011—a design venture with the aim to reuse PET plastic bottles. Over the last five years, the eco-conscious designer has worked with traditional craft communities from all over the world—including Colombia, Chile, Japan, and Ethiopia—to turn plastic waste into a growing collection of beautiful, handmade PET Lamps. Inspired by Aboriginal art, Catalán de Ocón recently traveled to Arnhem Land in Australia’s Northern Territory, to work with eight indigenous Yolngu weavers.

As with his previous projects alongside traditional crafts people, Catalán de Ocón arrived to Bula’Bula Arts Centre in Ramingining without a predetermined plan for how the lamps would look. Instead, he gave freedom to the talented weavers who began to produce large structures inspired by traditional Yolngu mats. Made from naturally dyed pandanus fibers, the resulting suspension lamps with characteristic fringes incorporate the PET plastic bottles as the center points of their circular woven designs.

The vibrant, sunshine hues were made from boiling natural ingredients and pigments—such as ash and eucalyptus bark—and then leaving the dyed leaves to dry in the sun. Each individual mat was then woven together into two larger lampshades, mirroring the bond between people of the same clan. Catalán de Ocón explains, “The two masterpieces turn into a complex, harmonious merge between Aboriginal kinships, weaving technique, topographic elements, and design.”

If you’re in Australia, you can see the the latest PET Lamps for yourself at the National Gallery of Victoria Triennial, on display until April 15, 2018. You can also find out more about the project via the PET Lamp website.

In collaboration with traditional craftspeople from around the world, the PET Lamp Projectwas founded by designer Alvaro Catalán de Ocón. 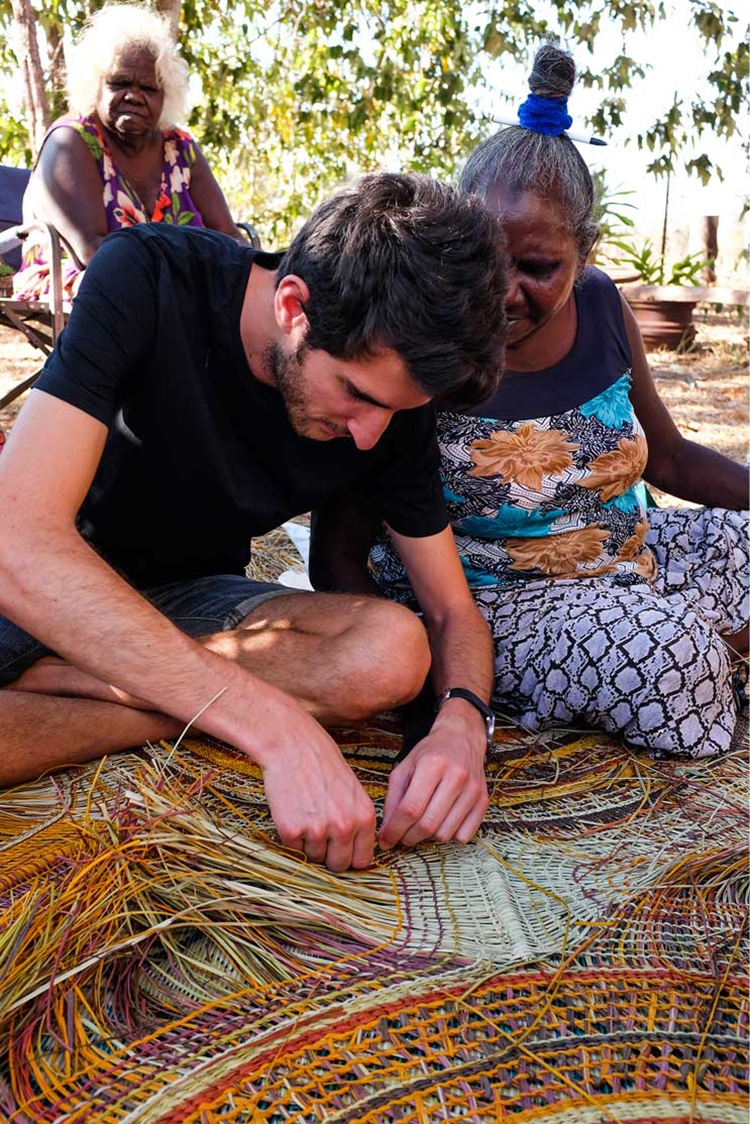 Together they create ranges of eco-friendly lamp shade designs. 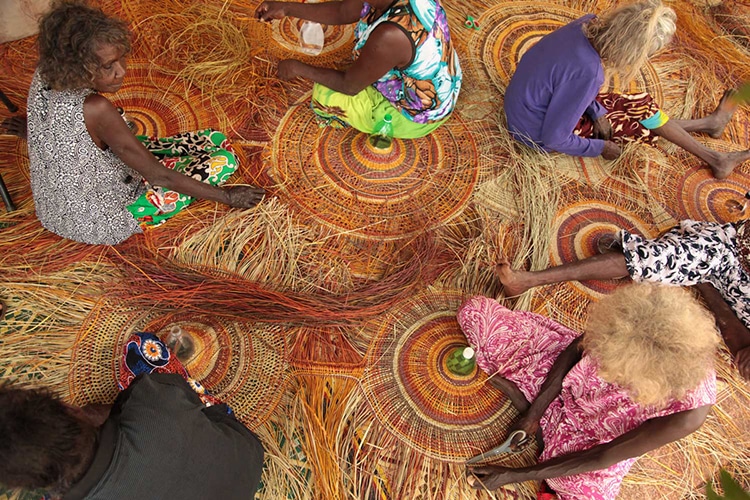 The designer’s latest commission by the National Gallery of Victoria Triennial in Melbourne brought him to Australia’s Northern Territory, where he worked with eight indigenous Yolngu weavers. 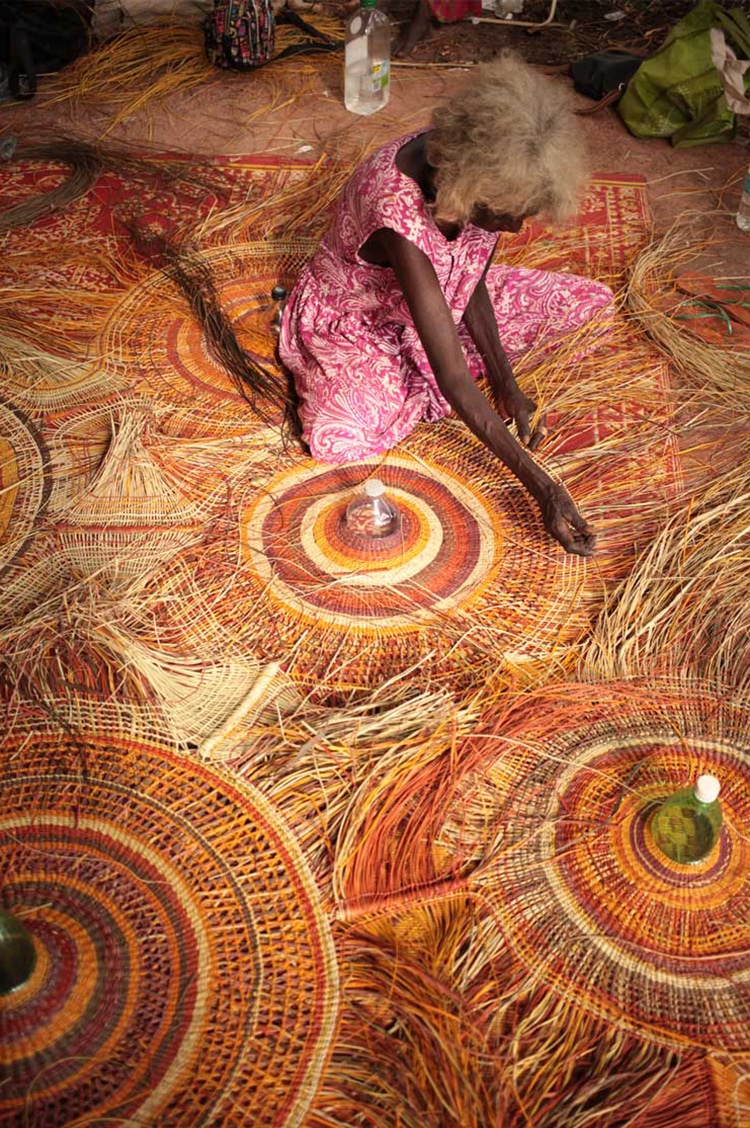 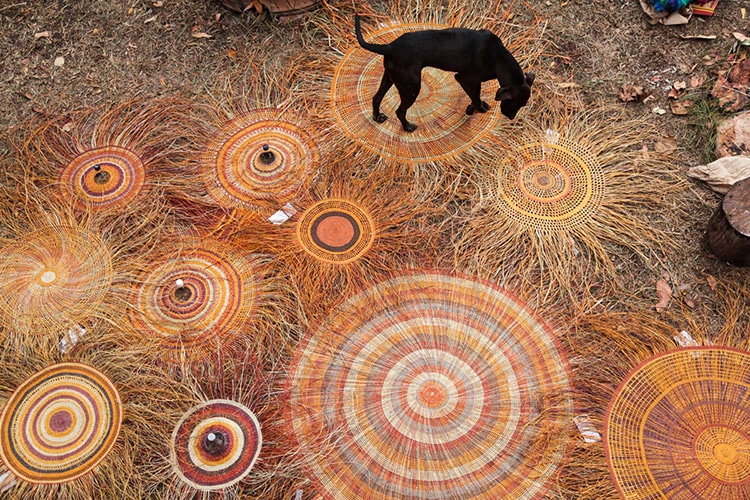 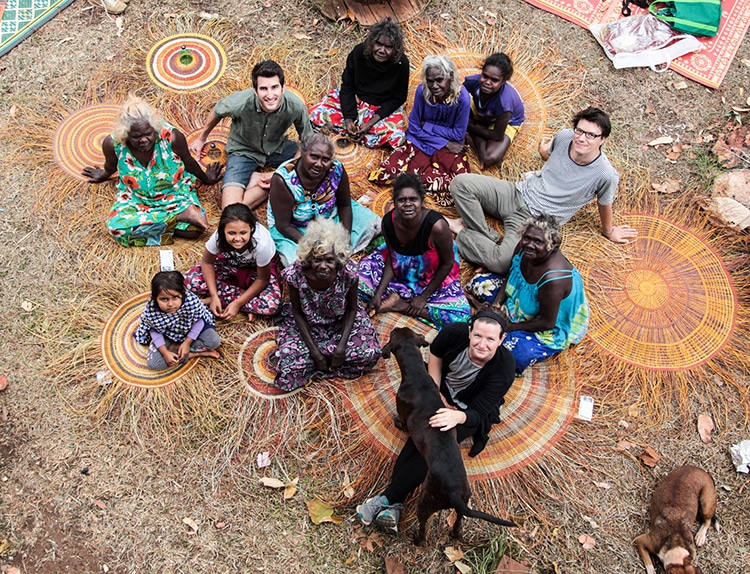 The resulting large ceiling lamps are made from woven pandanus fibers and recycled PET plastic bottles. 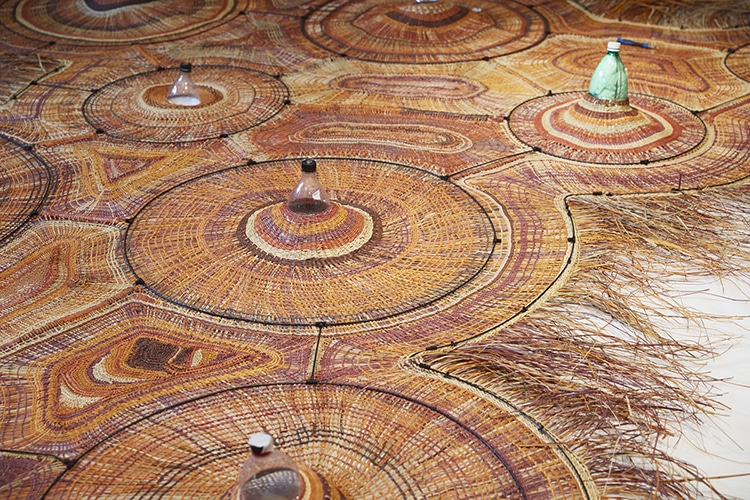 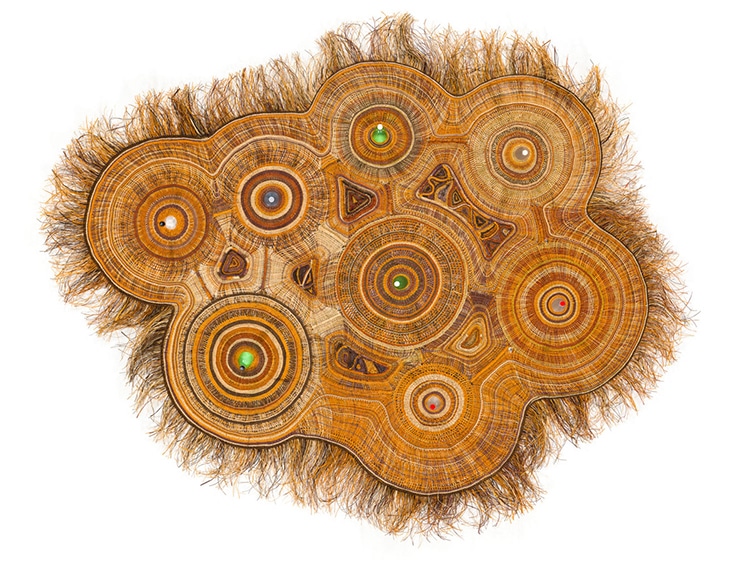 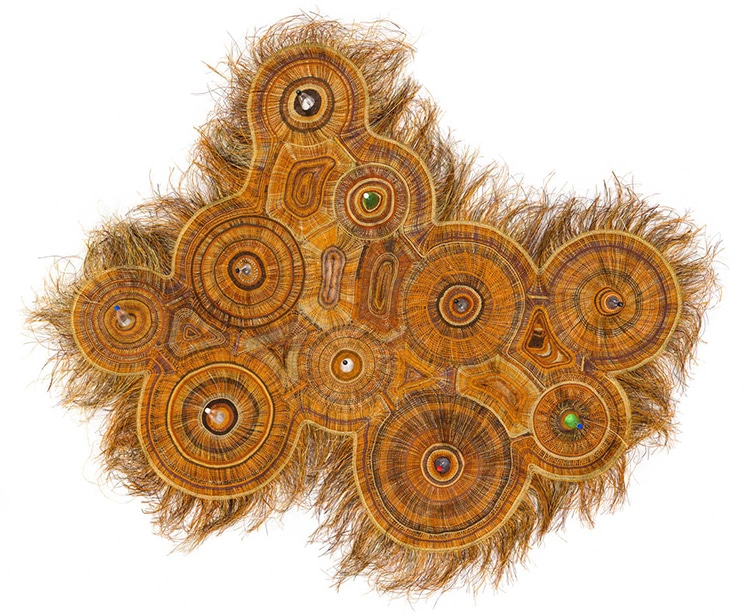 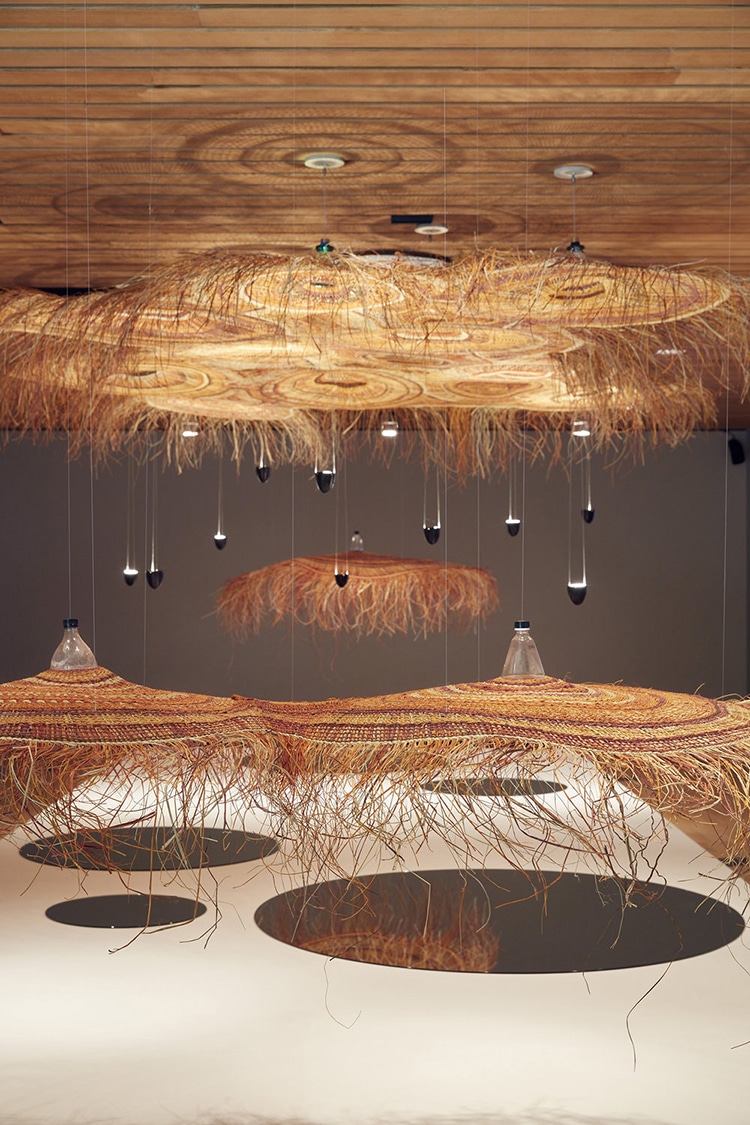 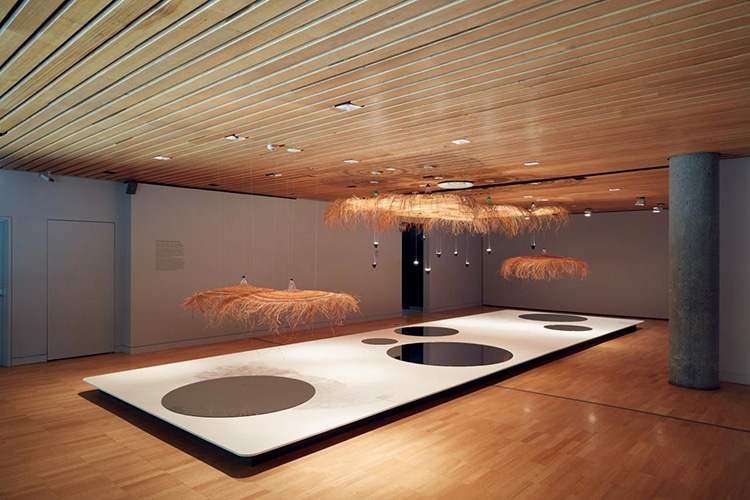 All images via PET Lamp.