ΑρχικήNews in English10 surprising cities where you can spot street art

10 surprising cities where you can spot street art Two new works by Banksy have popped up on the walls of the brutalist Barbican complex in the City of London as a cheeky nod to the Jean-Michel Basquiat exhibition taking place inside the Barbican’s Gallery (Sep 21-Jan 28) – the first ever large scale exhibition of the American’s work in Britain. To mark the new arrivals, here are 10 surprising places you can discover street art around the world. 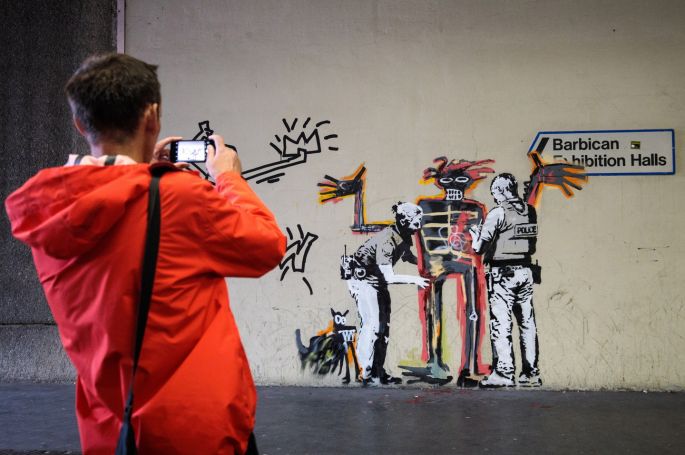 A pair of Banksy works have appeared in London CREDIT: GETTY

Kaunas is serious about street art: there are dozens of pieces of graffiti all over the city including works by legendary Brazilians Os Gemeos – who happen to have Lithuanian ancestry – on the side of the city’s Art Gallery. Until Nov 30 Kaunas Biennial adds even more street art into the mix across Lithuania’s former capital and current second city. The Beco do Batman street is, like many of Sao Paulo’s avenues, filled with street art. And so was the 23 de Mayo Avenue until it got wiped by none other than the city’s mayor – who has recently turned against street art. So better get down here quick while the work of Os Gemeos and others still stands on many Sao Paulo corners.

Barcelona’s Jorge Rodriguez Gerada once created a 2.5 acre sand painting of Barack Obama’s face at the Forum Parc in the Catalan capital But an even more exotic place to see his work is on the side of a building at Adleya Block 338 in Manama, Bahrain. The mural depicts a local fisherman. Nuuk has roughly the same population as Newquay, but the Greenland capital is making a name for itself with its impressive street art murals on the side of buildings, like those by artists Stefan Baldursson and Guido van Helten.

Carol Ruff’s inspiring historical murals have graced the railway bridges and walls of Redfern since 1983, and they pay tribute to the Aboriginal ancestry of this area of inner city Sydney. They’ve been joined by newer works like Anthony Lister’s Aboriginal boxer on the side of a gym. 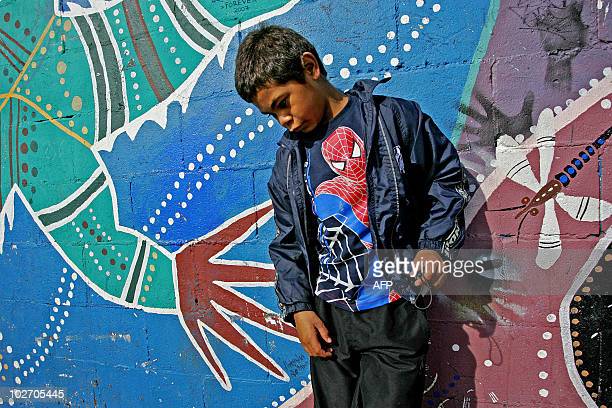 Guam is famous for its murals and graffiti depicting things like Polynesian birds and flowers. Right now, Pow! Wow! Guam (Until Sep 23) celebrates this tradition with other new large scale street art works across the Pacific island.

Accra is building a name for itself as an art city and its no different with its street art. It has the Chale Wote Street Art Festival, which took place last month – though there’s still plenty to see, with bold murals across the city.

The Kakaako district of Honolulu in Hawaii is another place to go and see neat examples of street art. One of Hawaii’s most famous street artists John ‘Prime’ Hina runs 808 Urban in the city which has produced ore than 50 large murals across the entire of Hawaii. Lincoln’s Frequency Festival kicks off next month (Oct 20-29) and promises a different kind of street art rooted in the digital world, that will add art into the ancient streets of this Cathedral City. The Turner Prize-winners Assemble will be doing their own work around the Cathedral too, building an art project out of wood.

Florence has street art as well as fine art, with works by the likes of Clet and Exit/Enter easy to spot in the area around the Basilica di Santo Spirito. The city’s most luxurious hotel, Villa San Michele, even offers guests a street art tour, for those who want a bit of graffiti after gorging on Botticelli, and has packed its public areas with works by local urban artists.